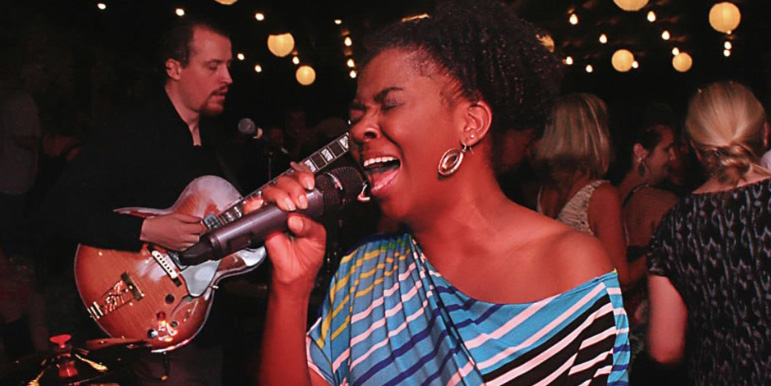 As a child, Missy was exposed to her parent’s extensive music collection that included soul, R&B, blues, jazz, and gospel. It didn’t matter what the genre was as her favorite songs were always the ones that told a story. Later she would discover Dinah Washington, Sarah Vaughn, and Billie Holiday and that eventually lead her to O.V. Wright, Bobby Bland, Little Milton, James Carr, Ray Charles, Ann Peebles, and Irma Thomas. Missy began fronting bands in her early teens, playing local venues which quickly lead to doing studio sessions and performances as a background vocalist. She continued honing her skills and moved to San Diego, California where she met Heine, a seasoned musician visiting from Denmark. They would eventually marry and form the San Diego-based band, Tell Mama. It wasn’t long before they decided to strike out on their own and immediately began touring Europe for several years, recording the debut CD’s rhythm tracks in Copenhagen between performances. https://missyandersen.com