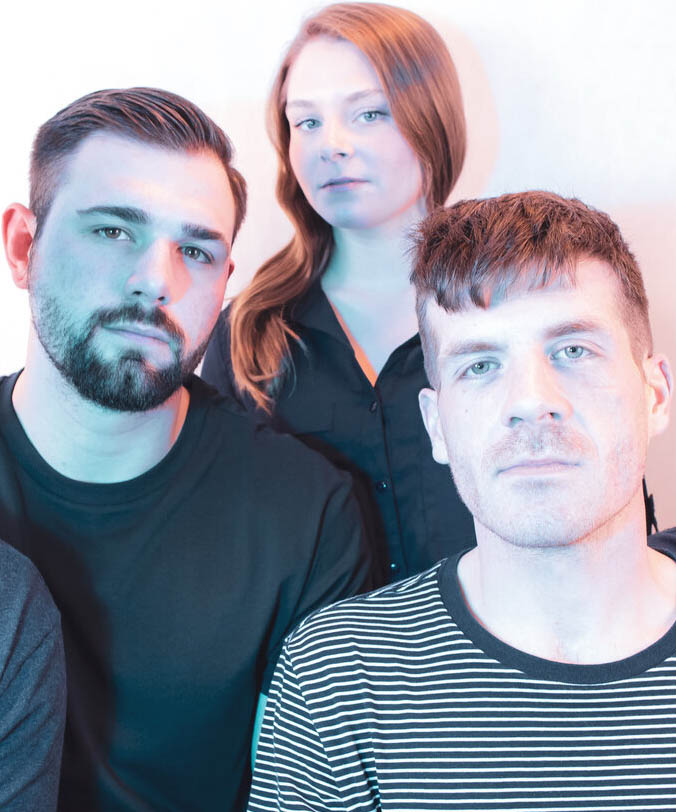 The Darling Suns is an indie rock band with folk roots based out of Chicago, IL. Drawing influence from Dr. Dog, My Morning Jacket, and War on Drugs; The band formed in early 2017 and quickly built a following opening many notable shows in the area. With haunting yet beautiful lyrics about love, loss, heartbreak, the upbeat indie rock and folk melodies around them became a defiant and powerful way of delivering a message to a captivated audience. The band released their self-titled EP in 2018, followed by a full length album in August 2019. As of late November 2019 The Darling Suns released their newest single "Afterglow" & announced their plans to deliver more new music in 2020.

NICOLE AMINE is a singer, songwriter, and musician based in Chicago, Illinois. Growing up in Metro Detroit, Nicole was immersed in Motown, soul, and rock music at an early age. After moving to Chicago in 2012 in pursuit of a Vocal Performance degree from Columbia College, Nicole began performing her original music in various venues around the city, including involvement in the DIY scene. Amine found her voice in Motown Soul and Chicago Blues, but navigates the two genres with her own modern style and personal lyrics. Nicole's debut single "WINE SONG" was released in August 2018 and has found great success on Spotify, reaching over 175,000 streams. Her second & third singles, "NEED THAT SOUND" and "TRAPPED" were released November 2018 and April 2019, respectively, and are a further look into Amine's voice as a songwriter.