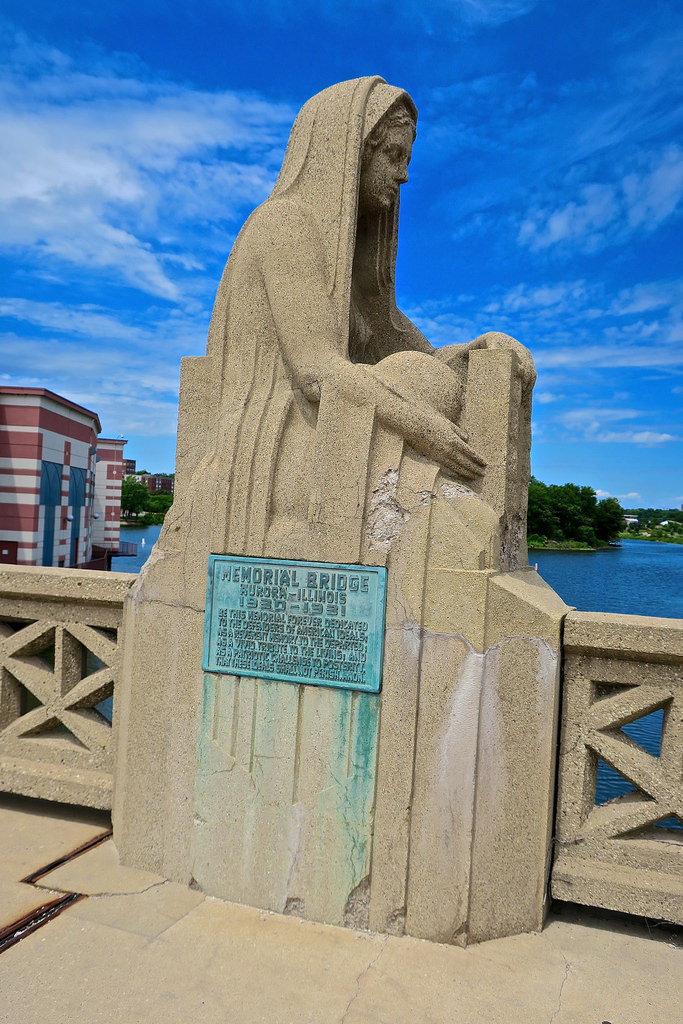 Built in the Art Moderne style, the New York Street Bridge was dedicated on Armistice Day, November 11, 1931 as a memorial to World War I veterans. Unlike Stolp Island’s other bridges, the New York Street bridge structure spans the entire channel of the Fox River. The genius behind the bridge’s design was sculptor, Emory Seidel. He planned the entire bridge as a memorial integrating the kneeling statues of “Memory” into the concrete structure at the pylons. Her inscription reads, “Be this memorial forever dedicated to the defenders of American ideals; as a reverent memory to the departed; as a vivid tribute to the living; and as a patriotic challenge to posterity, that these ideals shall not perish. Anon.” Seidel also created the bronze statue of “Victory,” the eagle statues, and the Armed Services bas-relief located in the statuary niches at the center of the span. His limestone relief below the “Victory” statue depicts a family in peacetime. The "Victory" statue is now placed squarely in front of the Hollywood Casino Aurora.