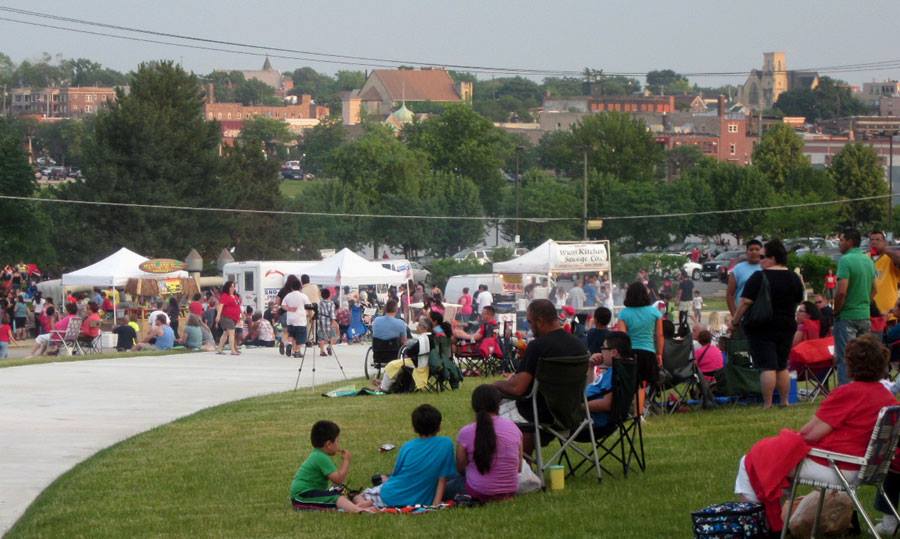 In 1839, this land was donated to the Town of West Aurora by Roswell Wilder, a well-known hotel-keeper for the “town square.” Roswell and Clark Wilder were early settlers of West Aurora, arriving here from New York in 1837. West Aurora was incorporated with the Village of Aurora in 1857. Wilder also donated the land for the first west side cemetery 2 blocks north on Lake Street. Wilder Park, on North Lake Street/Route 31, between West Park Place and Vine Street, provides gardens, benches, a Vietnam Memorial, an Aurora Policemen's Memorial and grassy tree shaded areas.