In the October edition of Naperville Magazine, readers get an inside look at all the exciting new development occurring in the City of Aurora with a guided tour provided by none other than Mayor Richard C. Irvin. Mayor Irvin highlights his favorite spots to eat, drink, and play in Aurora, the second largest city in Illinois. 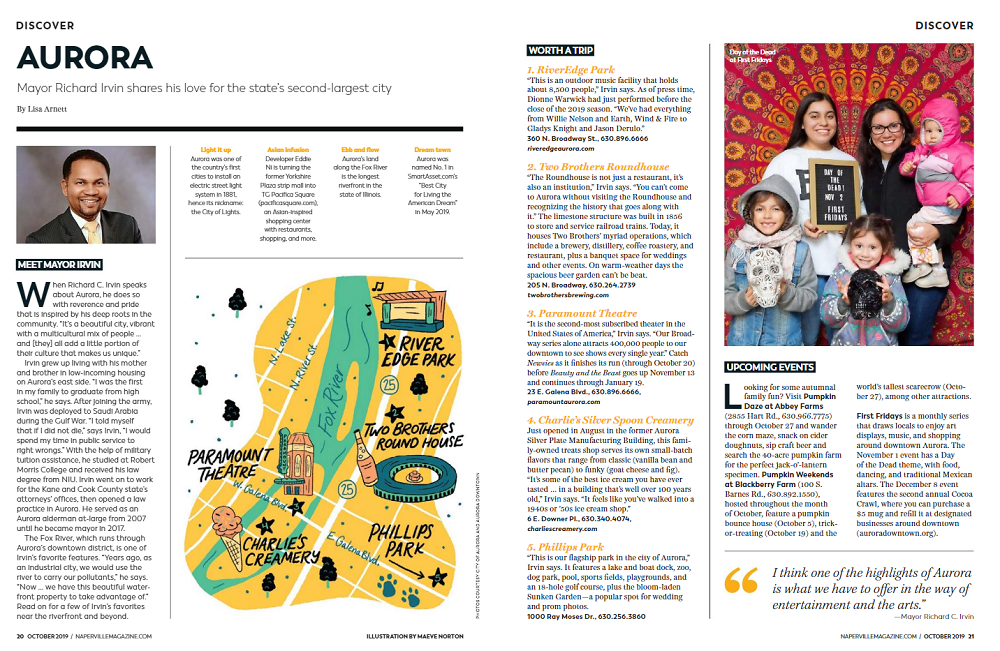 October's edition of West Suburban Living provides a glimpse at what visitors can expect to find in the Village of Oswego. Beginning with shopping destinations in Oswego's eclectic downtown, the overview spreads its focus to include rural charm at rustic venues, outdoor adventure on the Fox River, and two distinctive craft beer & wineries.

Learn more about attractions, events, and places to stay in Oswego at GoOswego.org.