Aurora’s Ward 9 has been named the top millennial hot-spot in Illinois outside of Chicago by a nationwide housing search website. 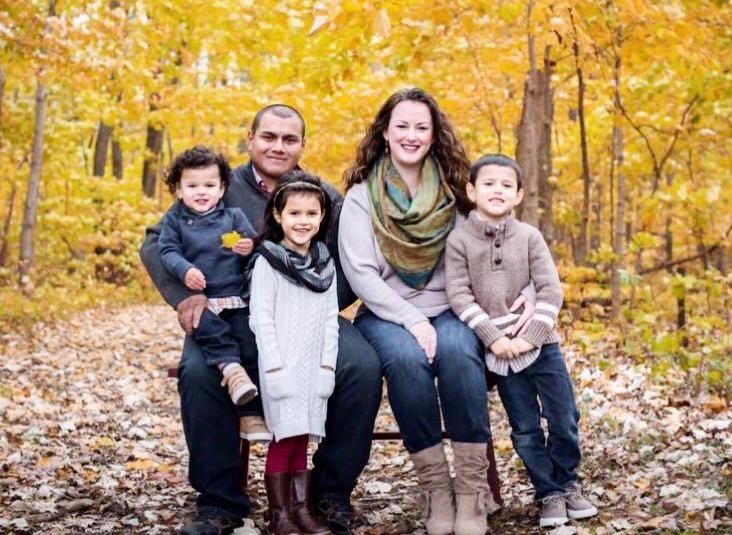 Adlai and Jen Mendoza moved from Chicago to Aurora's Ward 9 and have found it to be an ideal place to raise their family.

In a study released this week, RENTCafe listed Aurora’s 60503 ZIP Code as a top area in Illinois that has seen a recent spike in millennials, only being outranked by Chicago’s 60654 and 60611 zip codes. With the exception of Aurora’s number 3 spot, all other areas in the top ten are in Chicago.

“We are thrilled to learn of this new distinction regarding millennials moving to the Ward 9 community,” said Ward 9 Alderman Edward J. Bugg who noted his ward was ranked in 2017 as the #1 community in the country for affordable housing with top rated schools.

“Along with great schools, affordable housing, amazing parks and an excellent library system, another major factor in the attraction to our area is the rich diversity of the residents in 60503. On my block alone, we have first generation residents from China, India, Iran, Russia, various African countries, Central America and, of course, the United States,” Bugg said. “The community embraces our cultural diversity, and I believe that is a key component to attracting the millennial generation.”

“My husband and I decided to move from Chicago to the 60503 area because of the education, the safe neighborhoods and our beautiful dream home,” said Jen Mendoza. “We now have three children and couldn’t be happier. We love our home and our awesome neighborhood.”

In its study, RENTCafe shows when choosing where to live, millennials value experiences more than material possessions and prefer vibrant, walkable city neighborhoods where things are happening.

Ben and Ashley Stromberg moved to Aurora six years ago and have found it to be a great place to raise their four children and to build family memories.

“I’ve never experienced a community like we have in 60503,” said Ashley Stromberg. “Everyone is so close, our kids hang out and parents get along so well. Every summer we have so much fun at our block parties and during the holiday season, the downtown events are a blast. Because Phillips Park Zoo and the Phillips Park Aquatic Center are so close, they have become regular destinations for most of us. Furthermore, there’s always free events in Aurora to create memories with family and friends.”

The study also reports millennials are moving to areas with a variety of close-by amenities in the neighborhood and nearby towns, and to areas with quick access to large urban cores, like downtown Chicago, but without the hustle of large crowds and congested traffic.

“We absolutely love the geographic location with easy access to shopping and events in the region,” said Alissa Kloster who moved to Aurora from Naperville.

Mayor Richard C. Irvin believes the trend of millennials remaining in or moving to Aurora will continue to grow.

“Clearly millennials are moving to places where things are happening,” said Irvin. “We’ve been saying there is something happening here and others are feeling it, too. It’s inspiring to see the millennial growth in 60503, and I believe this trend will be reflected throughout Aurora.”

The full RENTCafe study can be viewed at: https://www.rentcafe.com/blog/apartmentliving/lifestyle-apartmentliving/u-s-zip-codes-that-are-millennial-strongholds/.