Buddy Guy to headline Blues on the Fox at RiverEdge Park 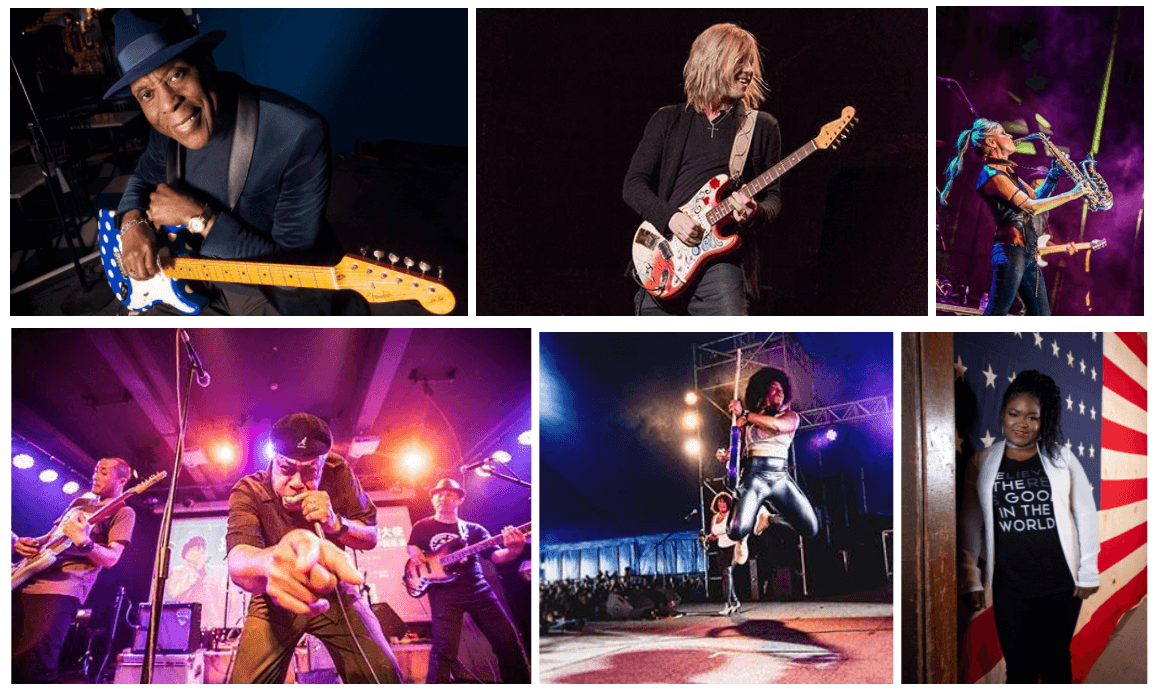 After a two-year hiatus, downtown Aurora’s 24th Annual Blues on the Fox Festival is roaring back this summer, with a killer line-up of longtime favorites and fresh new talent playing live blues on the banks of the Fox River, Friday and Saturday, June 17-18, 2022 at Thomas J. Weisner RiverEdge Park.

RiverEdge Park is located at 360 N. Broadway in downtown Aurora, across the street from Metra’s Aurora Transportation Center. Tickets are $15 per day through May 31; $25 per day starting June 1 and on-site. All tickets are general admission. Fees not included.

City of Aurora announces free Party on the Promenade event on Saturday, June 18 at Wilder Park, bringing more food, fun and music to both banks of the Fox River

Coinciding with this year’s Blues on the Fox Festival, on Saturday, June 18, the city of Aurora will host the Grand Opening of its new Wilder Park Promenade with a free event, Party on the Promenade, from 12 p.m. to 7 p.m.

“Aurora’s Blues on the Fox weekend is about to get much bigger, boasting a whole new vibe with the addition of Saturday’s all-ages Party on the Promenade, happening simultaneously on both sides of the Fox River,” said Aurora Mayor Richard C. Irvin. ”We can only do this because Aurora has realized its dream of having a beautiful new, $3 million pedestrian bridge spanning the Fox River, linking RiverEdge Park on the east to Wilder Park on the west. By bringing more food, fun and live music to Wilder Park on June 18, Promenade on the Park will make Saturday’s Blues on the Fox feel like it’s almost twice the size and twice the fun.”

Wilder Park is located on the west side of the Fox River at 350 N. River St. Party on the Promenade hours are 12 p.m. to 7 p.m. Admission is free. Food and beer trucks will be lined up along Wilder Park’s newly paved promenade, serving up a variety of festival fare including bar-b-que, burgers, brats, pizza, ice cream and more. Live music will play between sets across the river at RiverEdge Park, and activities for kids will make this grand opening party fun for the entire family. 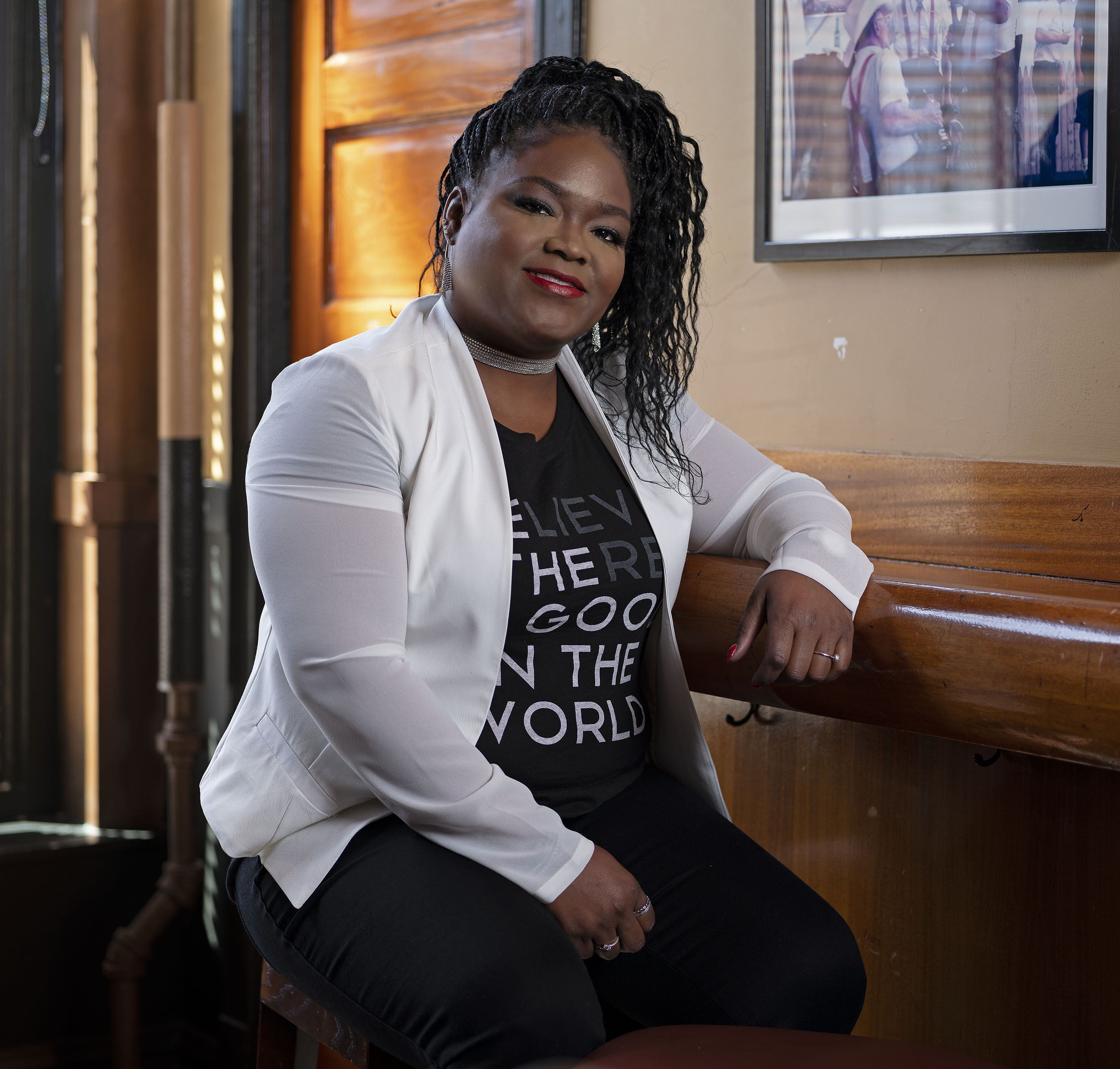 “Shemekia Copeland is one of the great blues voices of our time,” raves the Chicago Tribune. “No one comes close to the sheer firepower that Copeland conjures at will.”

With a recording career that began in 1998 at age 18, this award-winning vocalist has grown to become one of the most talented and passionately candid artists on today’s roots music scene. She has performed with blues royalty including B.B. King, Mick Jagger, Buddy Guy, Trombone Shorty, Gary Clark, Jr. and others. Her most recent album, the soulful and uncompromising 2020 release Uncivil War, tackles the problems of contemporary American life with nuance, understanding, and a demand for change. It also brings Copeland’s fiercely independent, sultry R&B fire to songs more personal than political. 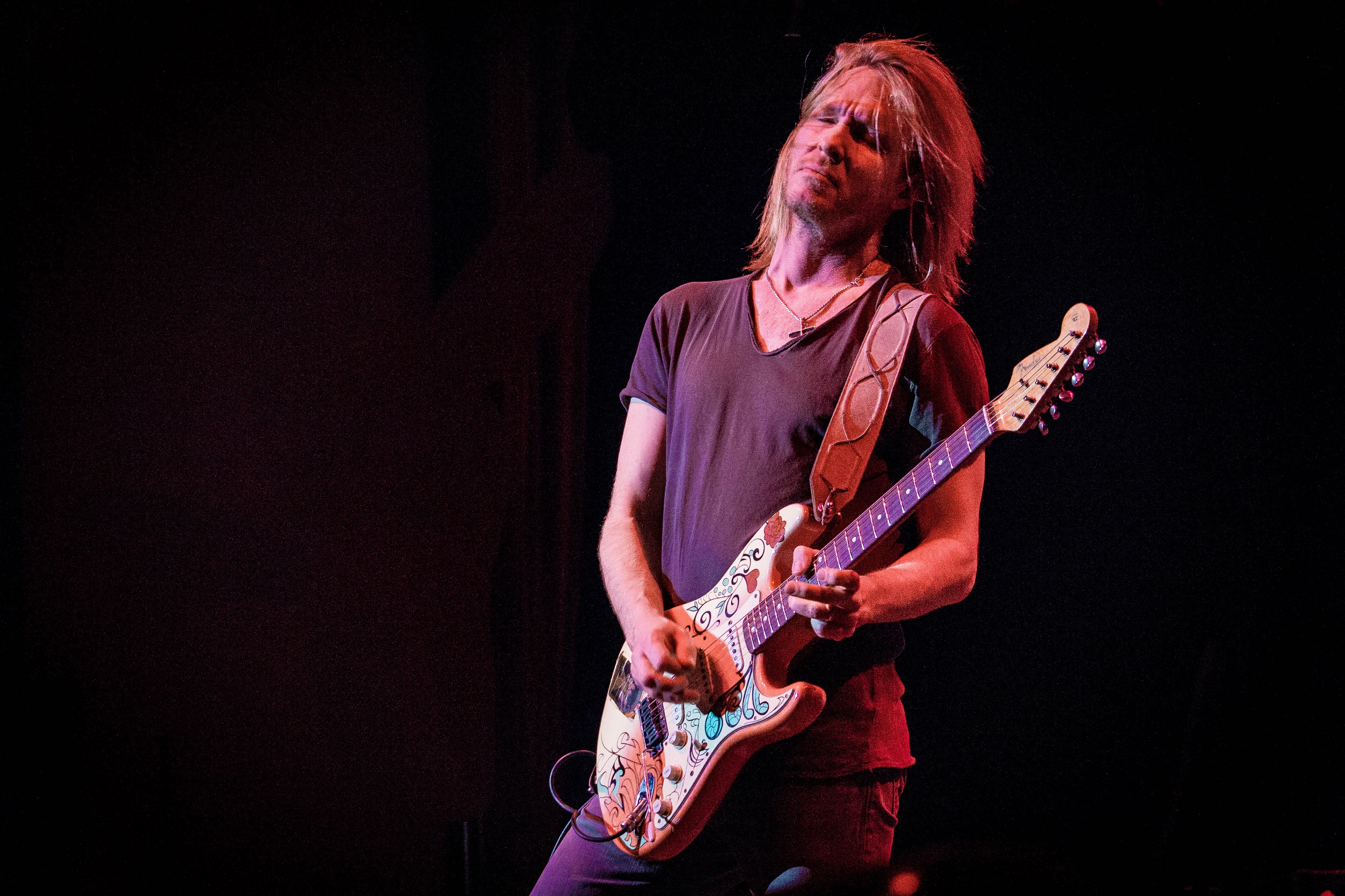 Utter the phrase “blues rock guitarist prodigy” within earshot of anyone with even a small knowledge of the modern musical leaders and the first name they are most likely to respond with will be Kenny Wayne Shepherd. After all, the guitar aficionado started his musical journey at age seven. Today, Shepherd is an immensely popular recording artist, a consistently in-demand live act and an influential force in a worldwide resurgence of interest in the blues. The Louisiana born songsmith has sold millions of albums while throwing singles into the Top 10, shining a light on the rich blues of the past while forging ahead with his own modern twist on a classic sound. 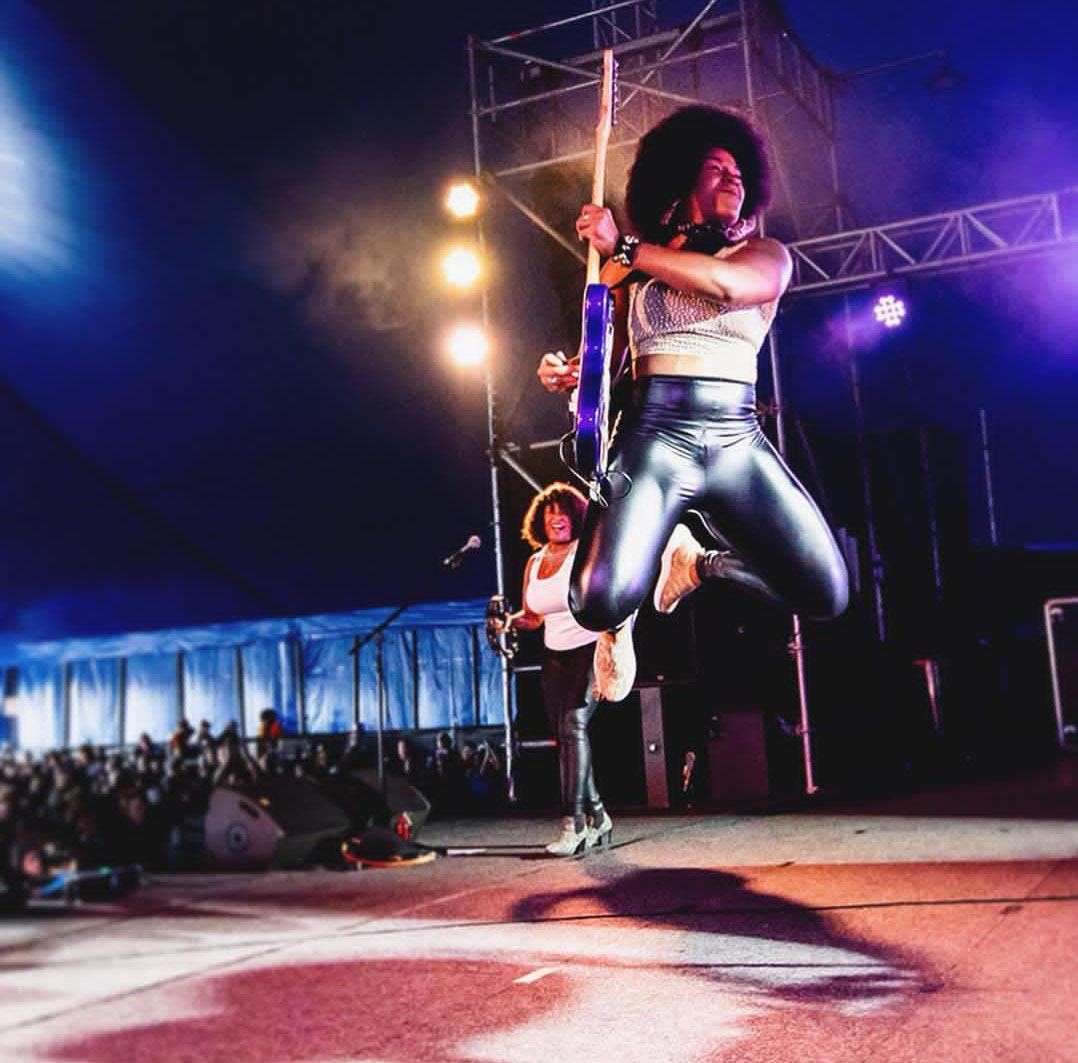 Chicago south-sider Melody Angel has had a passion for rock-and-roll and the blues since she was seven years old. Her mother bought her a Fender Stratocaster from a pawnshop at age 15, then Angel taught herself to play and never looked back. In fact, she plays the same guitar to this day.

Crediting Hendrix, Prince, Chuck Berry and more as her inspirations, Angel has been shredding her Stratocaster ever since. The Chicago Reader called her “the future of blues” who uses old school rock, R&B, hip-hop and of course the blues to create a sound all her own. 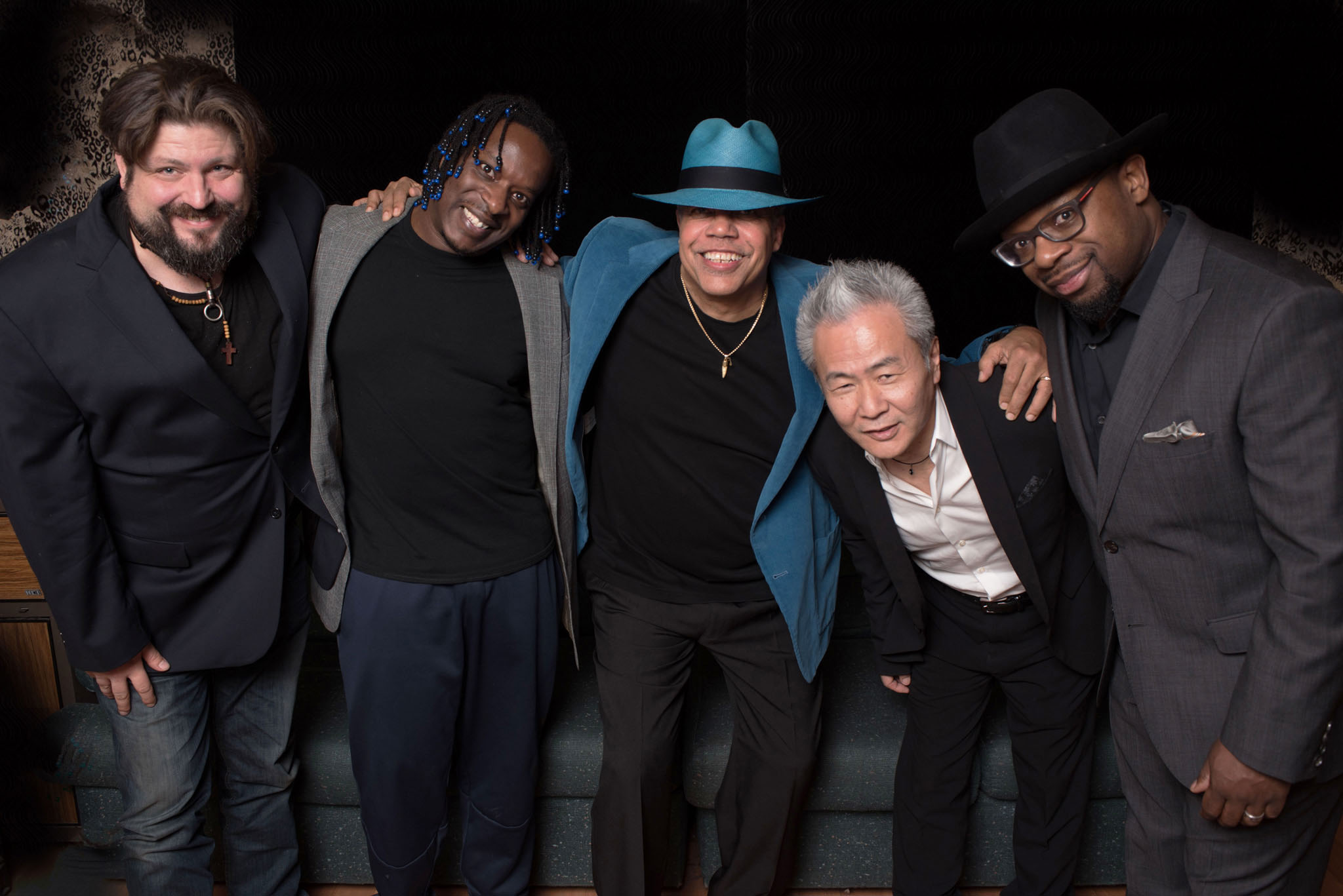 Chicago’s own Billy Branch is a three-time Grammy nominee, an Emmy Award winner and one of the best damn blues musicians you’re ever gonna find. He was discovered by Willie Dixon, widely claimed to be the “father of modern Chicago blues,” bought his first harmonica at 16 and has never been without one since. He has played on over 300 different recordings with blues legends like Willie Dixon, Johnny Winter, Keb’ Mo, Lou Rawls, Koko Tayler, Eddy Clearwater and Taj Mahal, to name a few, including 15 albums under his own name. Don’t miss this chance to hear one of the few true masters of his genre and one of the greatest blues harmonica players in the world. 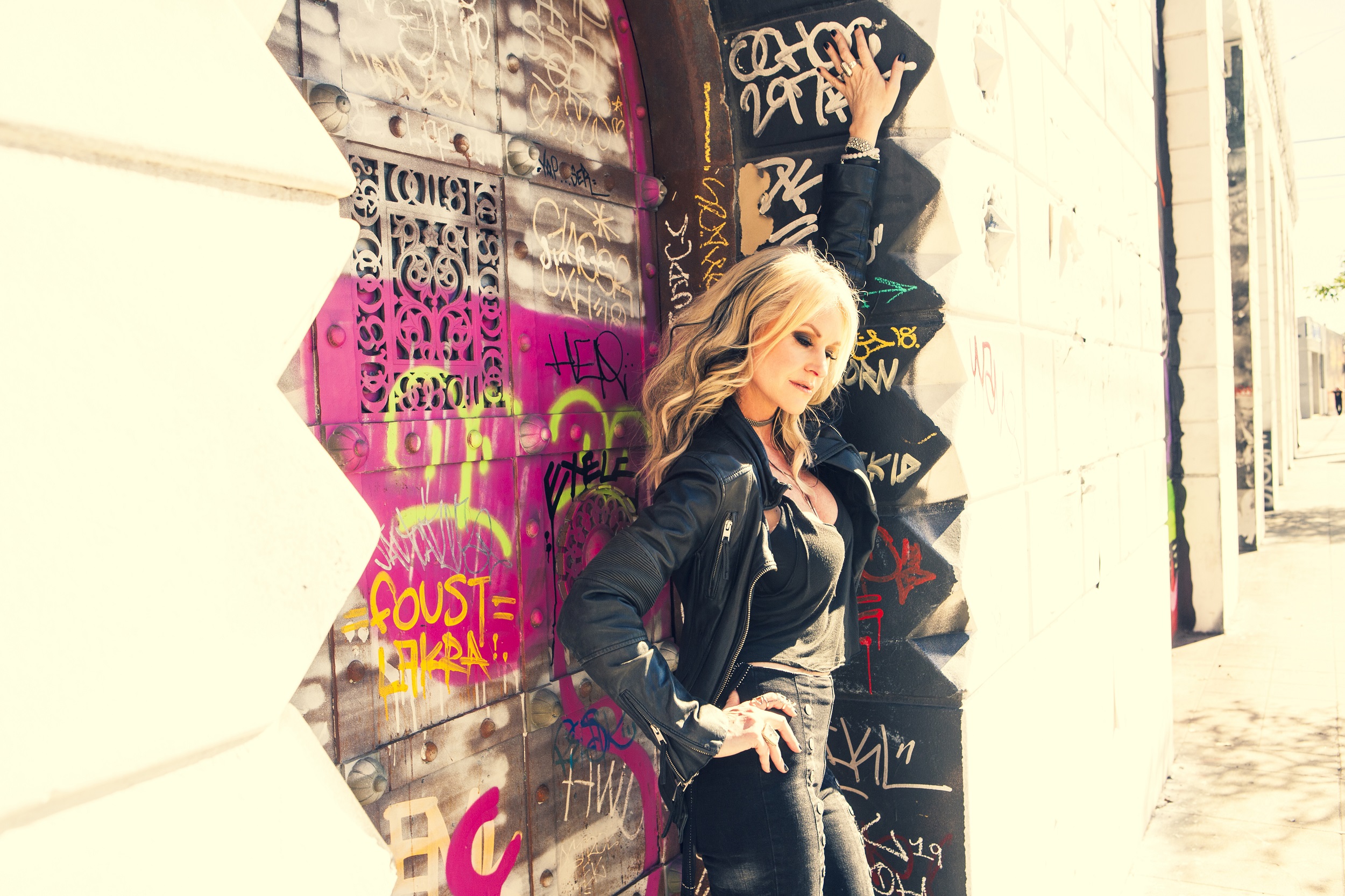 No one since Junior Walker has brought saxophone and vocals in one package to the forefront of modern blues like two-time Grammy nominee Mindi Abair and her band, The Boneshakers. One of the industry’s most sought-after saxophonists, Abair has been electrifying audiences with her dynamic live performances and sax prowess since her debut album in 1999. She was nominated for the 2019 Blues Music Award for Best Instrumentalist: Horn. In 2018 Abair won eight Independent Blues Awards including Artist of the Year and Best Blues Song for “Pretty Good for a Girl” featuring Joe Bonamassa. 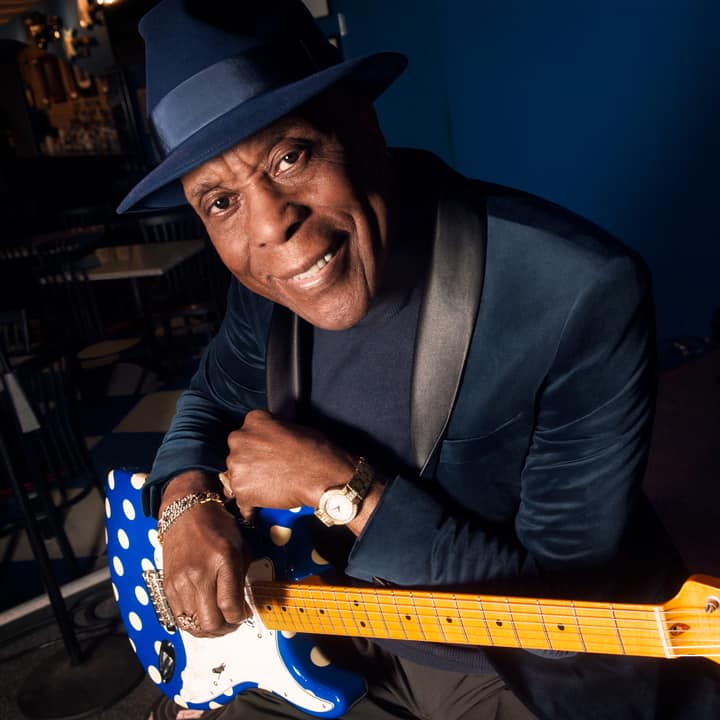 Chicago blues legend Buddy Guy needs no introduction. He’s one of the absolute titans of blues. He’s the man Eric Clapton, Jimi Hendrix and many more cite as inspirations. He’s a legend ranked by Rolling Stone as one of the 100 greatest guitarists of all time. At 85-years-young, he’s just as good as he’s ever been, and he’s been playing the blues for more than half a century. It’s no wonder he’s managed to win eight Grammy Awards, an induction into the Rock and Roll Hall of Fame and the National Medal of Arts. If you love the blues, you love Buddy.

In addition to announcing its Blues on the Fox line-up and Party on the Promenade, RiverEdge Park also confirmed dates for its 2022 Downtown Alive! concert series: two shows with affordable ticket prices intended to bring the community together to celebrate live music.

On Friday, June 24, RiverEdge Park welcomes The Chicago Experience, a group of musicians who call Chicago home and share a love for the music of one of the greatest rock-n-roll bands of all time: Chicago. This phenomenal band recreates the sound and feel of Chicago's music, including its driving horns (the only tribute band who does it). Gates open at 6:30 p.m. Show is at 8 p.m. Tickets are $2 through May 31, 2022; $5 starting June 1.

Satisfaction - The International Rolling Stones Tribute Show rolls into RiverEdge Park on Friday, July 8. Acclaimed internationally as the most authentic Rolling Stones tribute, Satisfaction takes audiences through 50 years of the Rolling Stones’ monumental musical career. Gates open at 6:30 p.m. Show is at 8 p.m. Tickets are $2 through May 31, 2022; $5 starting June 1.

NOTE: Events at RiverEdge Park take place rain or shine, unless conditions endanger the safety of artists and the public. For the latest weather updates, follow @RiverEdgeAurora on Facebook and Twitter, call the RiverEdge Park Weather Line, (630) 723-2480, or text REPARK to 888777.