Home > How Grammy Winners Find Their Way to Yorkville, Illinois

How Grammy Winners Find Their Way to Yorkville, Illinois

The story of The Law Office Pub & Music Hall and Summer Solstice Festival as told by friends and co-founders, Boyd Ingemunson and Jason Leslie. Read on to learn how some of the biggest names in independent music have come to grace the stage at this unpretentious venue in Yorkville, Illinois.

Boyd Ingemunson introduces himself as proprietor of the Law Office Pub & Music Hall, proprietor of Rogue Barrister Records, and co-founder with Jason Leslie of the Summer Solstice Music Festival. Jason Leslie introduces himself as a friend of Boyd’s, and also as a co-visionary, a whipping post, and as the founder of Three Angels Brewing which is now, should he say, defunct?

Jason agrees. “No, it’s never defunct, we just don’t have time to make beer. There’s a lot of good beer out there.”

The duo’s journey into the music business started with the beer they made under the Three Angels Brewing label, named for Jason’s daughters. After a hard-fought loss in a local election, Boyd looked around for projects to fill his time. “I realized that politics wasn’t necessarily the path that I was going to follow,” he says. “I didn’t know what I wanted to do with that outlet of my spare time other than my law practice, my family, and everything else, but I needed something to do that could make a positive change on society. I loved music and I loved craft beer, so I was able to convince Jason to open a brewery in a barn utilizing his expertise and vision.”

Boyd launched another entity, Rogue Barrister Records, to be run separately and autonomously from Three Angels. “I stopped listening to music in 1993, but I knew how to brew beer,” says Jason. “I thought music was dead, literally.”

This far outside of Chicago, Jason wasn’t wrong. Boyd calls it the “land of the cover band.” He wanted to get something going that would serve artists and fans first, exposing audiences to intimate, authentic experiences unlike anything they’d otherwise have access to in this part of Chicagoland.

During an annual family fishing trip up to Wisconsin, Boyd found a proving ground for his concept of an outdoor festival that celebrated the crossover of homegrown beer and music courtesy of the best acts from the upper Midwest and beyond. Calling on a collection of artists that included Minnesota’s 4onthefloor, Martin Zellar, and Pert Near Sandstone, plus nationally recognized heavyweights Cory Chisel (himself based out of Appleton), Roger Hoover, and Marco Benevento, the first—and only—Lumberjam Festival took flight as a test of Boyd’s vision.

“What better way to get your feet wet than throw a music festival?” asks Boyd.

“Seven and a half hours away from home,” adds Jason.

Boyd admits that, measured strictly in financial terms, the Lumberjam was a disaster, but there was a bright side. “Sure we hauled gear seven hours north, but we booked the best talent, the biggest festival that town has ever seen.”

Meeting Cory Chisel proved fortuitous for Boyd and Jason. He connected them with a broader network of artists and fellow travelers like a then-unknown songwriter named Sturgill Simpson in Nashville; Sean Moeller, founder of the Daytrotter indie music media empire in the Quad Cities; and the Denver Music Summit, where Jason connected with Nathaniel Rateliffe long before his launch to stardom with The Night Sweats.

Their first foray into a local festival was Harvest Moon in 2012, a three day fall fling at Yorkville’s Bicentennial Riverfront Park featuring many of the same acts from LumberJam, including Cory Chisel—who at this point had just come off touring with Norah Jones. The following summer, they staged the first Summer Solstice.

“We lost money on Harvest Moon, we lost money on Summer Solstice, and then we got a little nugget when Cory was here. I’m a huge Norah Jones fan. Her and Eddie Vedder were literally the only people I followed after ’93,” says Jason. “I wasn’t kidding about that.”

“So I asked Cory to bring Norah down here to play a show. At the first Summer Solstice that year he says, ‘Hey, get ready in August.’ She did it pro bono, she couldn’t use her name because she’d have to pay everyone for it. The story leaked that Thursday before the show, and she came, and we killed it.”

Another success of the first Summer Solstice was booking Sturgill Simpson. The three met down in Nashville, where Boyd and Jason were slinging their Three Angels beer at a private party. Simpson touched base with the two when he came through on tour opening for Dwight Yoakam, who had a gig lined up at the Paramount Theatre in Aurora. As Jason tells it, “He hit me up and then it was just a year and a half of him staying at my house. Whenever he’d come through he’d stay with us and hang out.” According to Jason, Simpson wrote songs for his second album, the heady, Grammy-nominated Metamodern Sounds in Country Music, on Jason’s couch in Yorkville, “asking questions about inter-dimensional time. It was cool. We knew something was different.”

Over the years, Summer Solstice would return annually to Yorkville’s Bicentennial Riverfront Park over the weekend nearest June 21st. As the festival gained traction, Boyd and Jason decided they were in need of a permanent home for the artists they had been curating, and to provide an alternative venue to the typical Chicagoland circuit, where agents, managers, promoters, and other middlemen tended to take a larger cut of the proceeds away from artists. Thus, the Law Office Pub & Music Hall was born.

“Really early on we got great input from people like Sturgill [Simpson] about how the music industry sucked,” Jason says. “And in the other ear we had Cory Chisel, who had been in the industry, signed major label deals, and the cool thing—the blessing we’ve had—is that we have our mission, vision, and values in check, always.”

The two agree more often than not about how they book artists, at both the festival and at the Law Office stage. “We’ve become scouts ourselves,” Jason says. “You find intention in people, and you support them. That’s what this is all about.”

“You start out with the fuel of it, the altruistic nature of people. Boyd is an electrical engineer, a licensed attorney, and an Eagle Scout, among other things. I’m none of those things, for the record. But we’ve been blessed to find good people who believe in what we’re doing.” 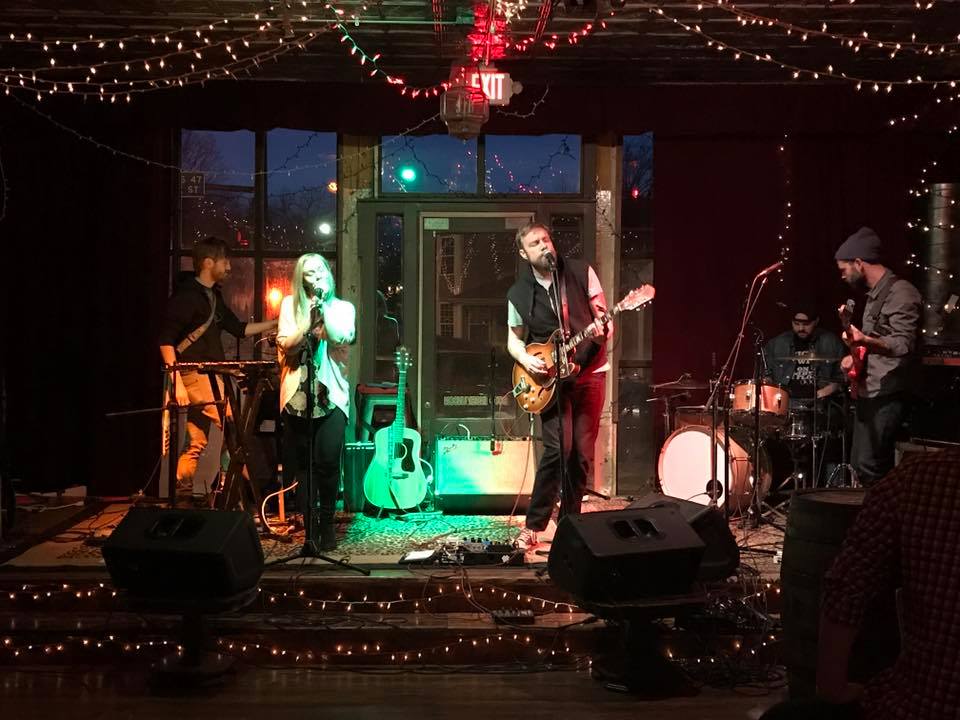 The Law Office Pub & Music Hall was born out of the space formerly inhabited by Boyd’s father, Dallas Ingemunson, longtime Kendall County State’s Attorney. The building at the corner of Bridge Street and Van Emmon puts them in the heart of Yorkville’s evolving downtown district, about which Boyd says, “Downtown Yorkville is unique in the context that it is bucking the trend of current commercial development. More and more, our options for dining, entertainment, and leisure are being homogenized. Downtown Yorkville offers several locally owned and operated establishments which each provide a different type of experience. This diversity promotes and encourages people to peruse all the businesses down here and continue to come back.”

For about a year, Boyd, Jason and several other loyal friends worked on the space to make it a suitable home for their concept of a bar and concert hall, reusing much of the material from the stately former law office and Three Angels Brewery, including a barrel that once served to age beer and now stands behind the bar to house the bar’s rotating taps of craft beers.

Jason’s description of the Law Office is as much about what it is not as about what it is. “There are no TV’s here. There’s live music, most of which are our own independent artists. No bad bands, no bad beer, no bad vibes.”

Boyd considers what keeps them going. “You want to stem the tide. It’s a very simple thing: treat people well. You have handshakes, you keep business and everything straight to the nub, and if you do it the right way, and people trust each other the right way, then you know what? People succeed, without all the distractions.” “The Golden rule,” Jason adds. “Simple as that.”

Jason lays out a succinct vision for the future of the Law Office and Summer Solstice: “A little bit bigger, and a little bit better, each and every time,” he says.

For the two friends who have booked Grammy winning artists in Yorkville, and positioned this city of under 20,000 people to be included in conversations about the best places for live music, regionally if not nationally, success is—in their volleyed words, expanding upon one another’s sentences—defined by their ability to empower individuals to live life in a manner that maybe they didn’t know was available or possible. This, they posit, can lead to the betterment of humanity.

Jason, with only a hint of sentimentality, reflects on the journey. “It’s been great. I mean, my best friend has realized his dream, and I’m realizing mine.”

Full lineup and venue information can be found at www.lawofficepub.com