Strap in for a rocking and wild night when Skid Row, Warrant and Quiet Riot hit Aurora’s RiverEdge Park on Saturday, June 25, as part of their national Live to Rock Tour. 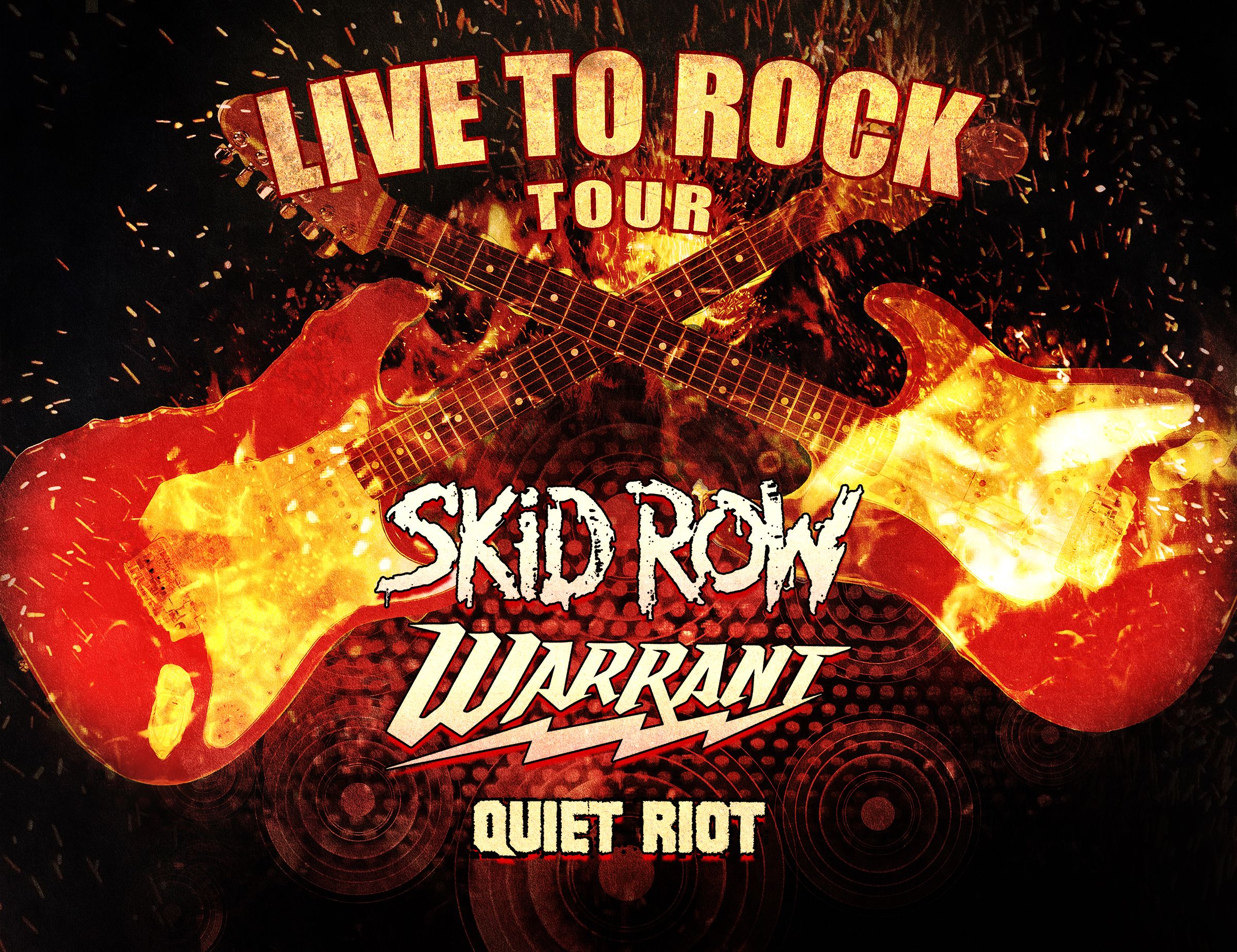 Get ready to rock with three of the biggest and best bands of the ‘80s, on an early summer evening on the banks of the Fox River. Gates open at 6 p.m. Show at 7:30 p.m. Tickets are $35 (fees not included). All tickets are general admission, and go on sale Friday, March 4 at 10 a.m. at riveredgeaurora.com. 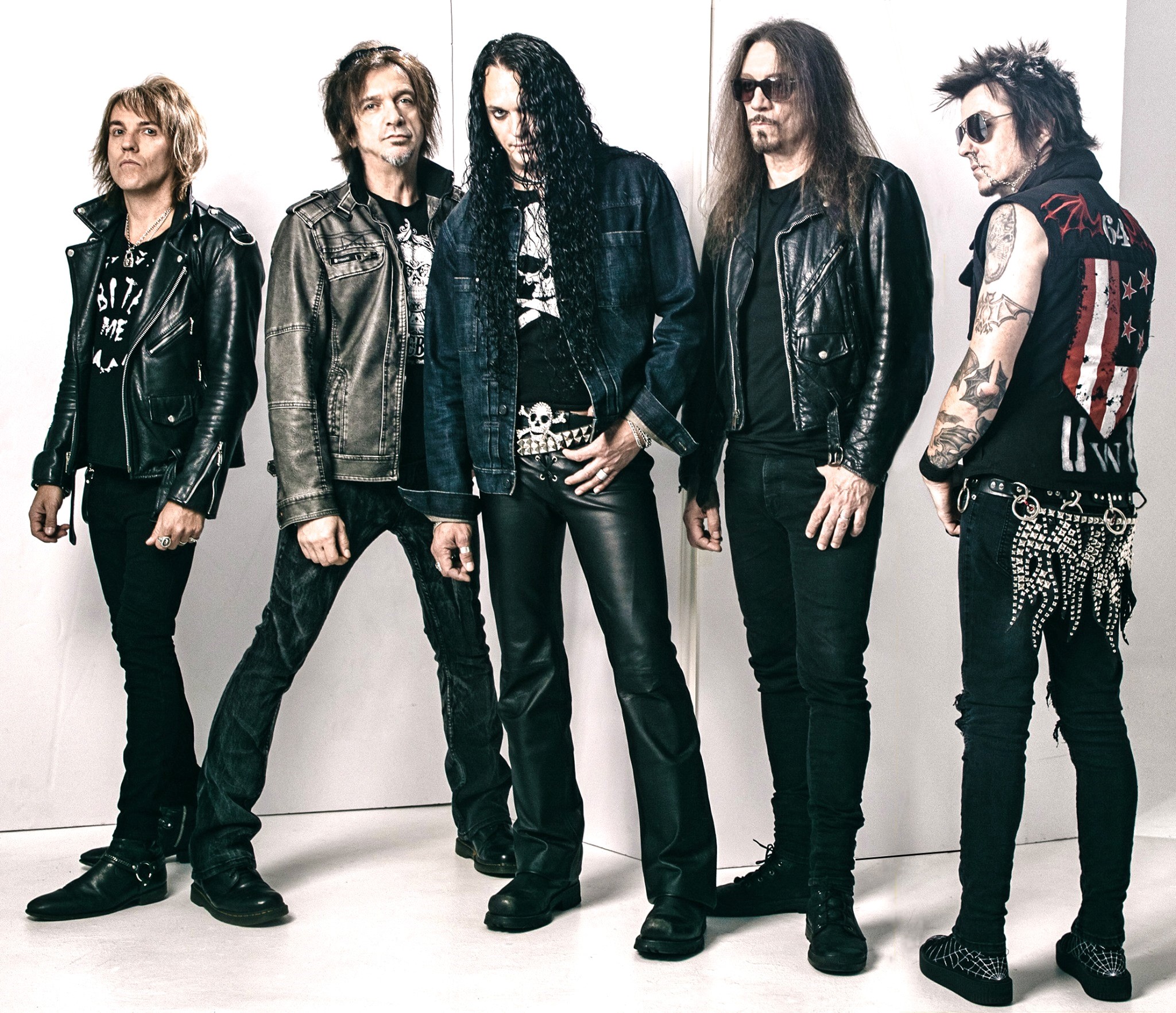 New Jersey kids Skid Row started out with a punk and metal attitude, determined to conquer the world. Top-ten singles include "I Remember You" and "18 and Life," and the band enjoyed multi-platinum sales. Their second album, "Slave to the Grind," debuted at number 1 on the Billboard 200. The world was theirs and they toured extensively until 1996. Skid Row returned to the stage opening for KISS in 2000. Exhilirated to tour with the heroes who rallied them in the first place, the band was reinvigorated.

"When we put the band back together, we needed to reintroduce Skid Row as relevant without relying too much on past successs," explains bassist Rachel Bolan "We wrote songs and hit the road. We sunk our heart and soul into it, letting people know we weren't doing it for lack of anything better to do." The Skid Row story continues on the Live To Rock tour. 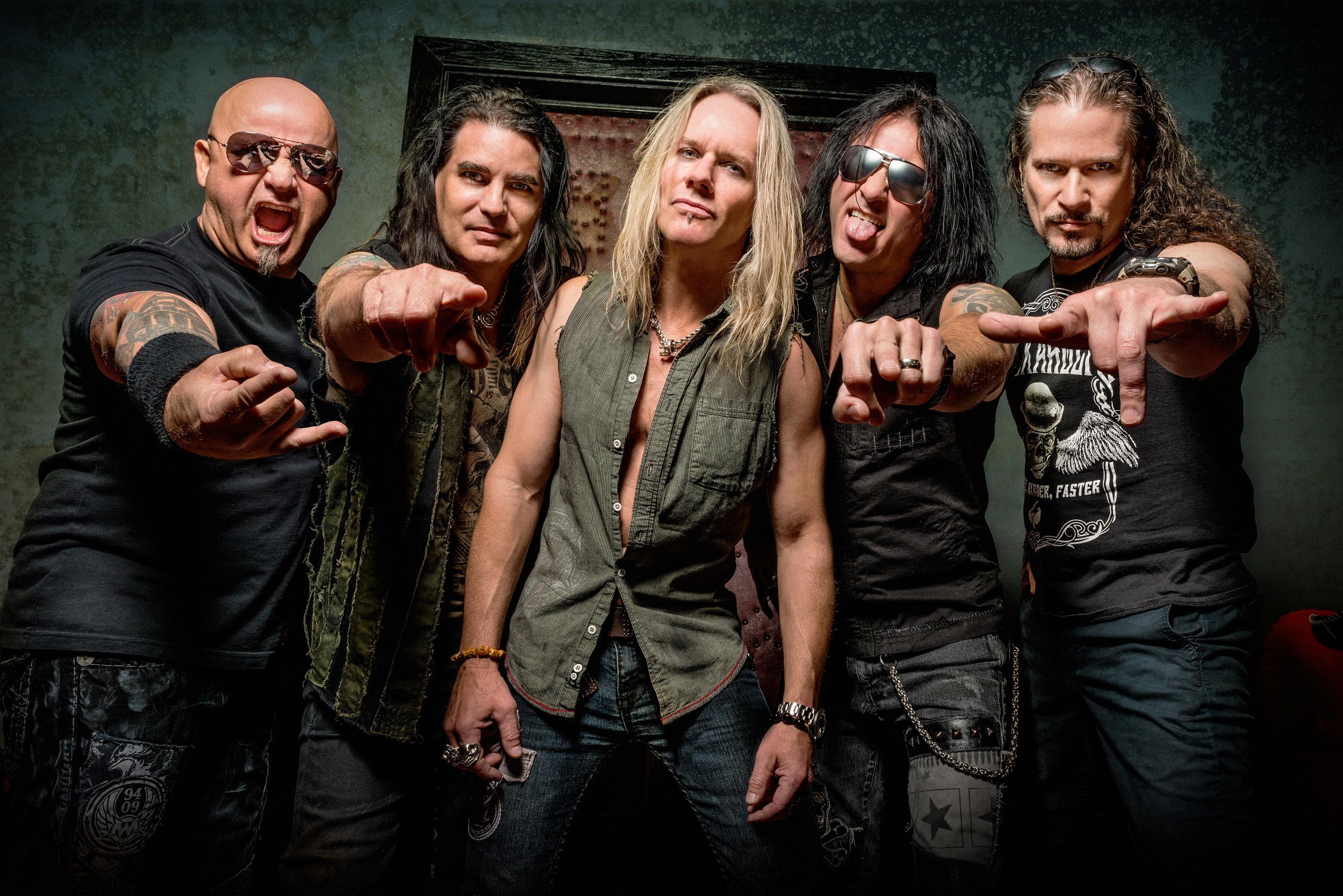 Big-haired, leather-wearing rockers Warrant gained international popularity with their double-platinum debut Dirty Rotten Filthy Stinking Rich. The chart-topping power ballad “Heaven” reached No. 1 in Rolling Stone and No. 2 on the Billboard Hot 100.  Glam metal in nature, the band’s catchy, yet melodic sound, has blazed the trail for over 30 years of sweet surprises, including five albums reaching world-wide success with international sales of over 10 million. Experience the glitz and glamour of tracks like “Cherry Pie” and “I Saw Red” among other hard rock offerings, sure to have you singing. 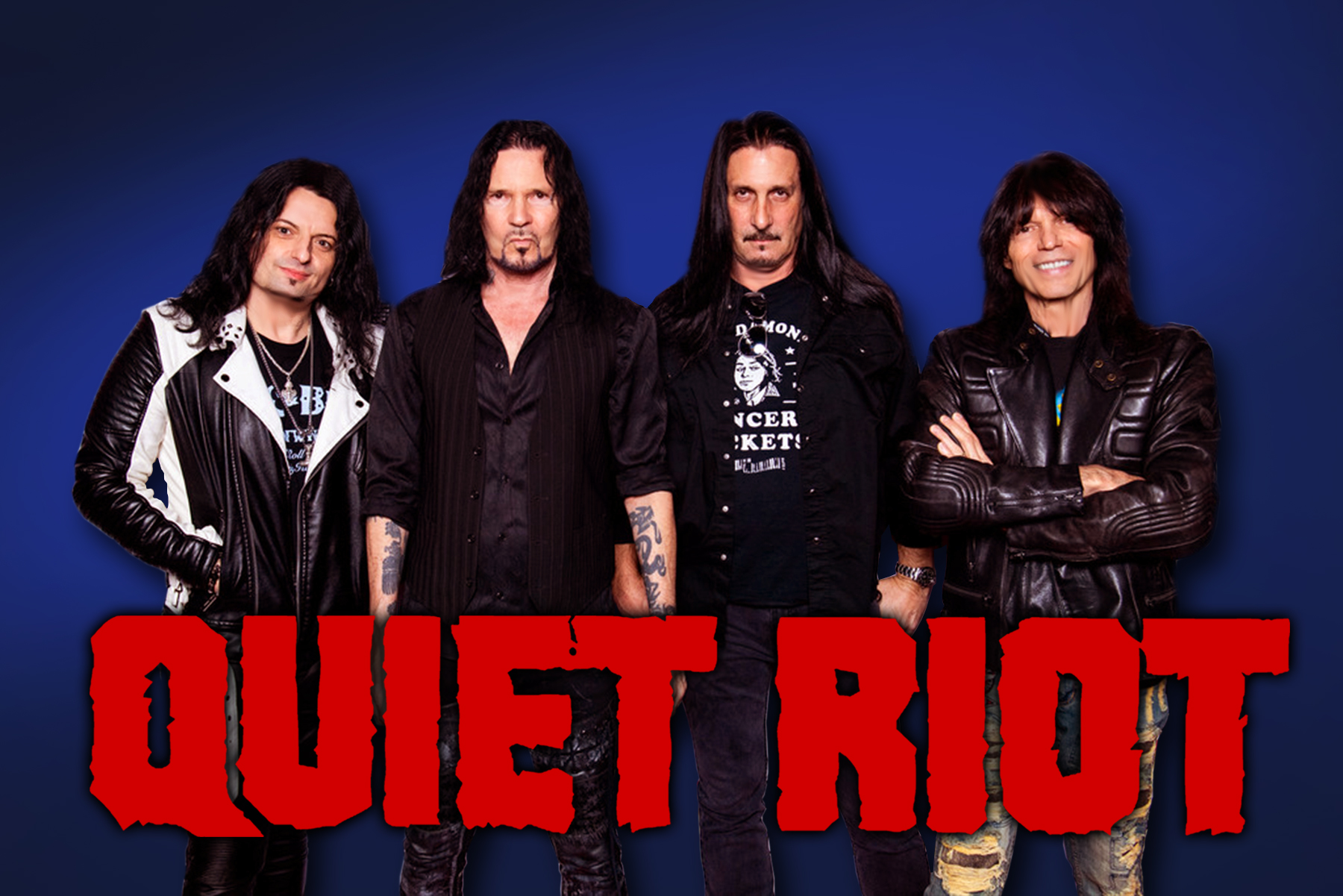 The story of QUIET RIOT begins in 1980 when Kevin DuBrow formed a new band under his own name, working with Frankie Banali and a variety of musicians over the next few years before signing with Pasha/CBS Records, recycling the QUIET RIOT moniker, and recording the album “Metal Health” at a time when new wave was king, and no other record company would consider a heavy metal band. The album “Metal Health” was released in 1983 and jumped over Michael Jackson’s “Thriller” to become the first heavy metal album to reach number one on the Billboard charts. The band became MTV darlings on rotation every half hour. The single “Cum on Feel The Noize” peaked at number five and “Metal Health” (Bang Your Head) became a monster hit. The album surpassed ten million in worldwide sales before the record company stopped counting. Their follow up album “Condition Critical” also went multi-platinum and spawned the hits “Mama Weer All Crazee Now” and “Party All Night”.

In 2007 singer Kevin DuBrow passed away. After careful consideration and with the blessing of the DuBrow estate, Banali reformed the band in 2010. The emotional journey was chronicled in the documentary “QUIET RIOT: Well Now You’re Here, There’s No Way Back” that aired on Showtime for two years starting Jan 29th, 2015. In 2019 Frankie Banali was diagnosed with pancreatic cancer. He selected Johnny Kelly from Type O Negative to fill in for him. Since Frankie’s passing Johnny has continued on in his place. QUIET RIOT 2022 consists of Sarzo, Kelly, vocalist Jizzy Pearl from Love/Hate and Adler’s Appetite, guitarist Alex Grossi who’s been in the band since 2004.

RiverEdge is located right across the street from Metra’s Aurora Transportation Center. Drivers can find nearby paid parking in the Metra lot, with more public and private lots around the park and in downtown Aurora. New in 2022, look for new free parking across the river at the city’s Lot W/309 River Street. A ticket booth and entrance to the Park is located on the west side of Aurora’s new pedestrian bridge, which leads directly into RiverEdge Park on the east.

Note: There are no permanent seats set up for this concert. It is all general admission on a first come, first served basis. Guests are encouraged to bring and set up bag chairs on the concrete section. Bag chairs and blankets may be used on the grass. There will be a standing room only section in front of the stage.

Concessions include a diverse menu and bar with domestic and craft beers, wine, sodas, bottled water and more. Local food trucks also ring the back lawn. Outside food is welcome. No alcohol or other outside beverages are allowed, with the exception of two sealed bottles of unflavored water per person. 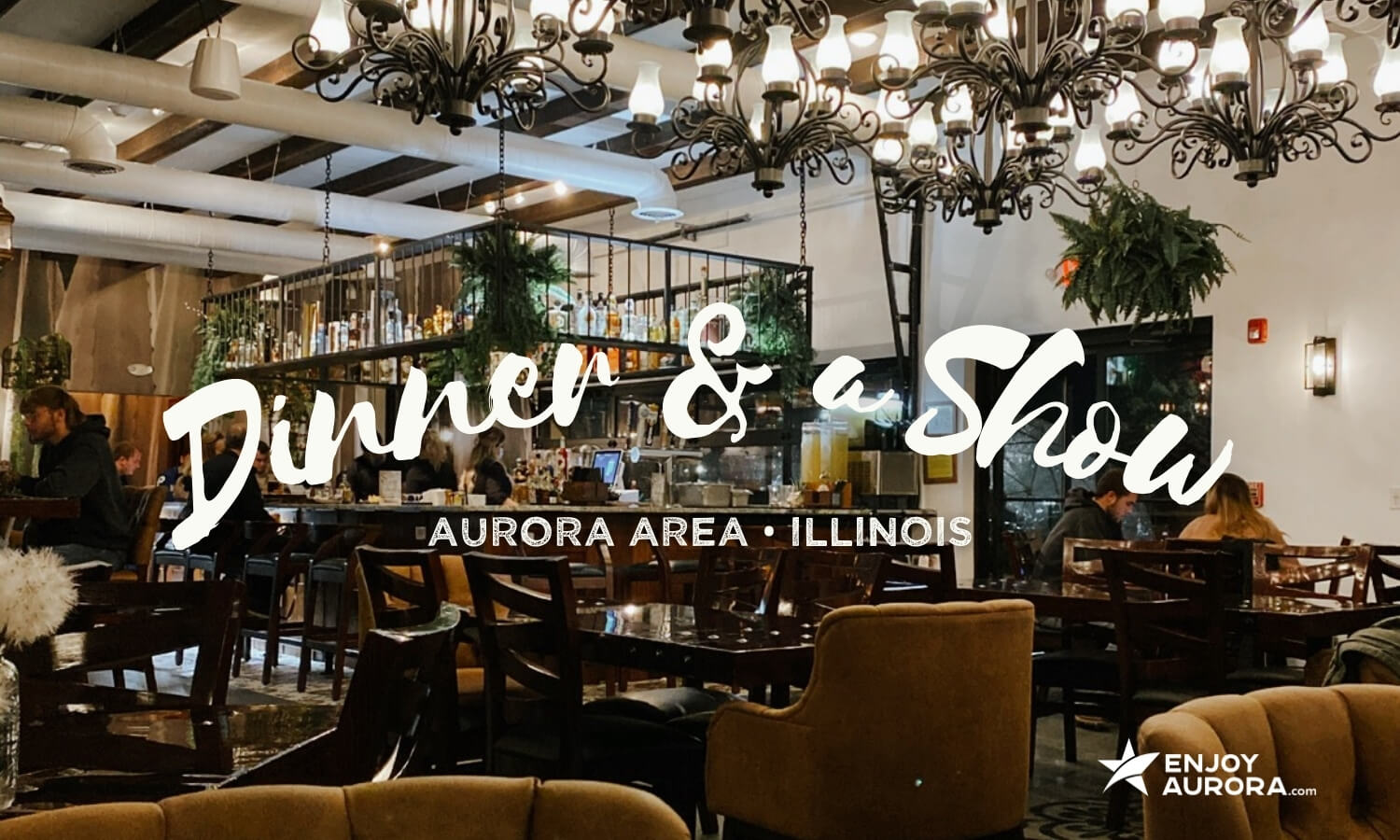 NOTE: Events at RiverEdge Park take place rain or shine, unless conditions endanger the safety of artists and the public. For the latest weather updates, call the RiverEdge Park Weather Line, (630) 723-2480, or text REPARK to 888777.

Find more fun things to do in the Aurora Area at our events guide. For friendly, affordable, brand-name lodging options, view hotel listings at enjoyaurora.com.