The Oswego Cultural Arts Commission celebrates women in the arts with the return of LUNAFEST, a fundraising film festival of shorts by and about women on Sunday, Aug. 8, in Oswego. 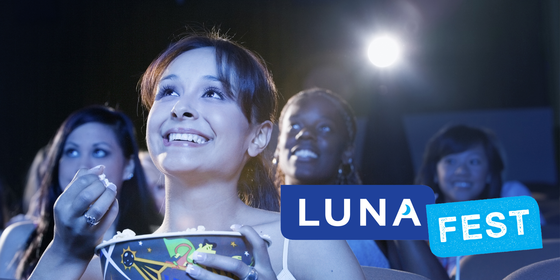 LUNAFEST is a fundraising film festival dedicated to promoting awareness about women's issues, highlighting women filmmakers, and bringing people together in their communities to engage in the arts.

Please note that this year’s films are recommended for ages 16 and up. “Until She Is Free” contains partial nudity and themes related to sexuality.

LUNAFEST is more than just the films – it’s a celebration of the arts. Enjoy finger foods with brunch fare, and a showcase of local artisans, too! Talented local artists in a range of media will be displaying and selling their artwork as well as demonstrating their creative processes for attendees. A light brunch with coffee and juice is included with your ticket, along with a chocolatey treat at intermission. Grab a seat on the patio or under a tent and enjoy live music as you nosh. Mimosas will be available for purchase. Must be 21 and have a valid ID to consume alcohol.

Tickets to this year’s LUNAFEST, on Sunday, Aug. 8, 2021, are $23 plus tax and applicable ticketing fees and are available at Eventbrite.

Online ticket sales end at 11:59 p.m. on August 7, 2021. A limited number of tickets may be available at the door. Day-of event tickets are based upon availability and cost $30 plus tax. Cash and credit cards are accepted at the door.

All proceeds from LUNAFEST will benefit Mutual Ground in its mission to create a community free of domestic and sexual violence through its shelter and education programs, as well as Chicken & Egg Pictures, a national nonprofit organization that supports women nonfiction filmmakers whose artful and innovative storytelling catalyzes social change. Thus far, LUNAFEST, which is created and funded by LUNA, The Whole Nutrition Bar for Women, has raised more than $6 million for nonprofit organizations across the U.S. and Canada.