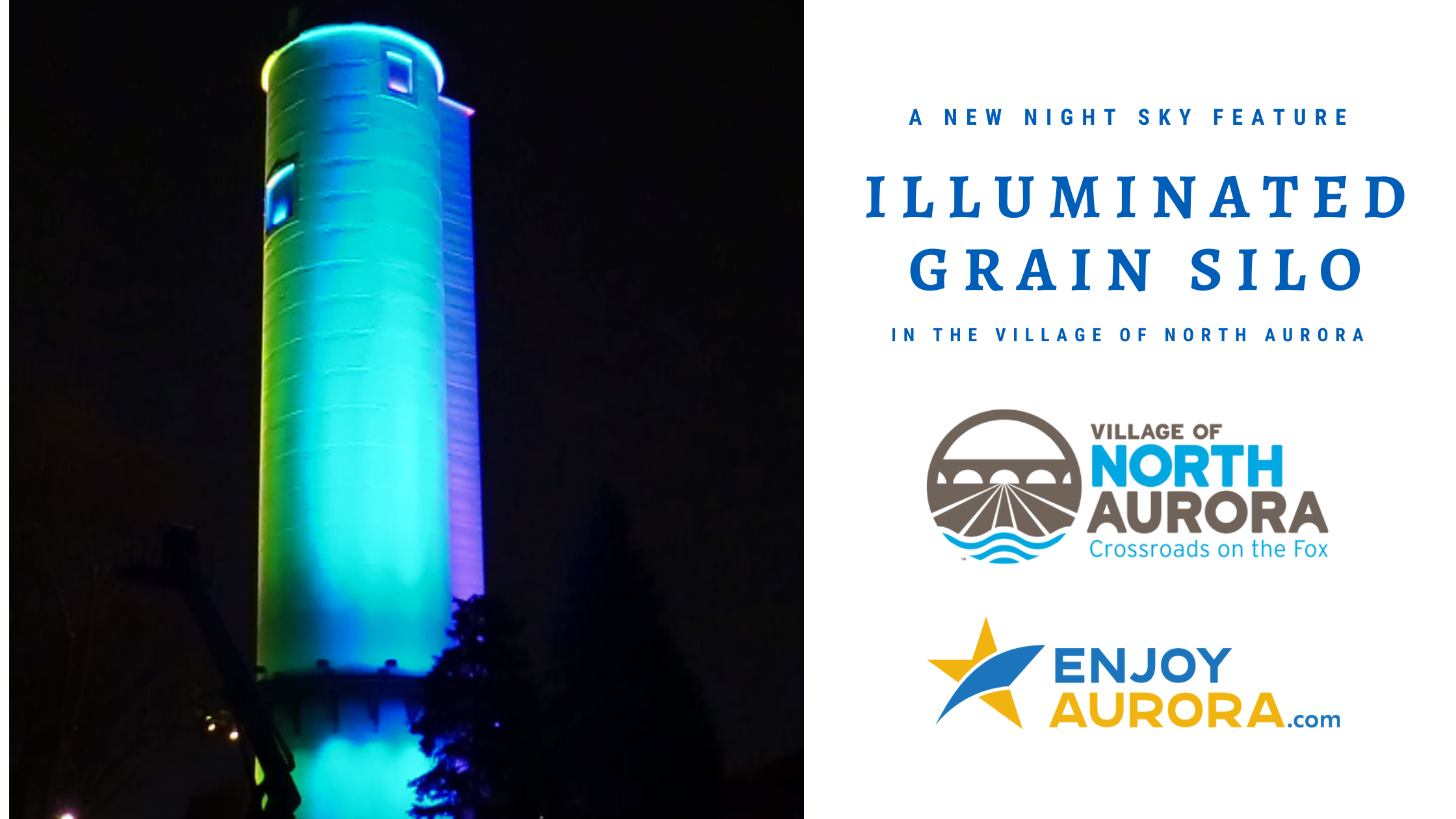 The Village of North Aurora is pleased to announce the completion of the Silo Restoration and Illumination project that will literally brighten up the town.

The silo and surrounding land, located east of the intersection of State Street (State Route 31) and Lincolnway (State Route 56) and overlooking the Fox River, was dedicated to the Village of North Aurora by the Harner family in 2017, the owners of Harner’s Bakery.

The Silo Restoration and Illumination Project was funded using TIF funds, which are set aside for a specific area for beautification and infrastructure projects. The project was originally scheduled to be completed earlier; however, it was delayed in an effort to reduce costs through a revised construction management process, which ultimately led to more than 20% in savings.

Rising 98-feet high into the sky, the concrete silo, a former grain tower, is incredibly hard to miss to anyone passing by, making it a clear focal point of the community. The silo will be even more noticeable in the evening hours as it will be illuminated in bright colored lights and become a literal beacon in the heart of North Aurora.

“North Aurora has very few historical landmarks,” explained Mayor Dale Berman. “The Fox River and our parks are our most favorable assets and we want the citizens to enjoy them. The silo will be a beacon and bring recognition to the area and create a memorable vision for all.”

Starting on Friday, December 11, and going forward, the silo will be lit up nightly in a variety of colors and patterns for the community to enjoy. The silo will be illuminated by multiple rows of lights surrounding the body of the building, in the windows and on the roof.

“The lights are programmed in all sorts of colors and patterns,” said Mayor Berman, “including features for various holidays and seasons, which is very fitting for this time of the year. I am excited to see the beautiful light displays coming our way.” 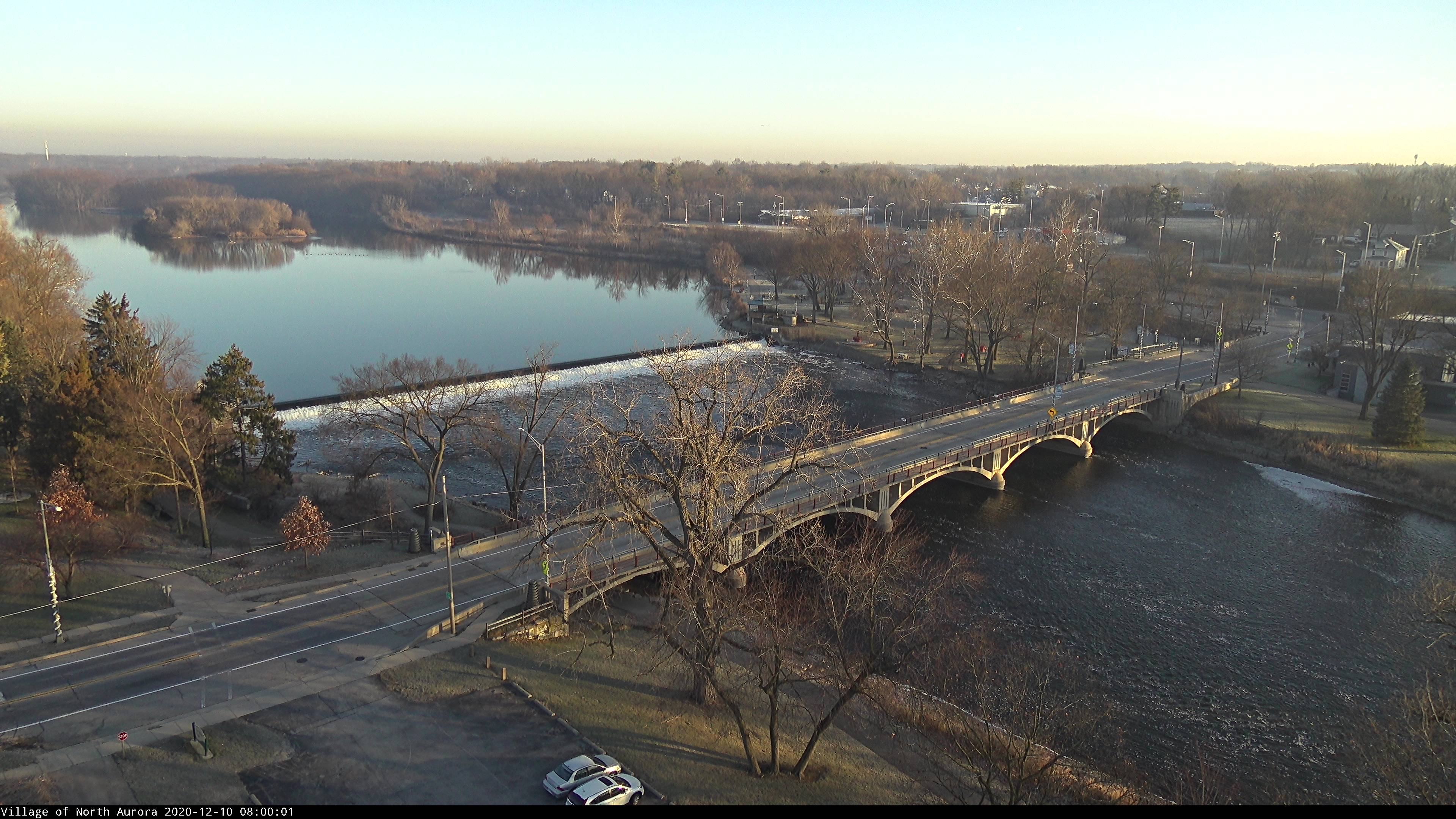 In addition to the lights, a livestreaming camera has been mounted atop the silo, providing a view of the surrounding area, including North Aurora Riverfront and Island Parks and the Fox River. The public will be welcome to view the livestream at any time by visiting the Village’s website, northaurora.org. Snapshots will be taken and featured on the Village’s Facebook page.