Paramount's Cinderella a perfect fit for a family holiday adventure 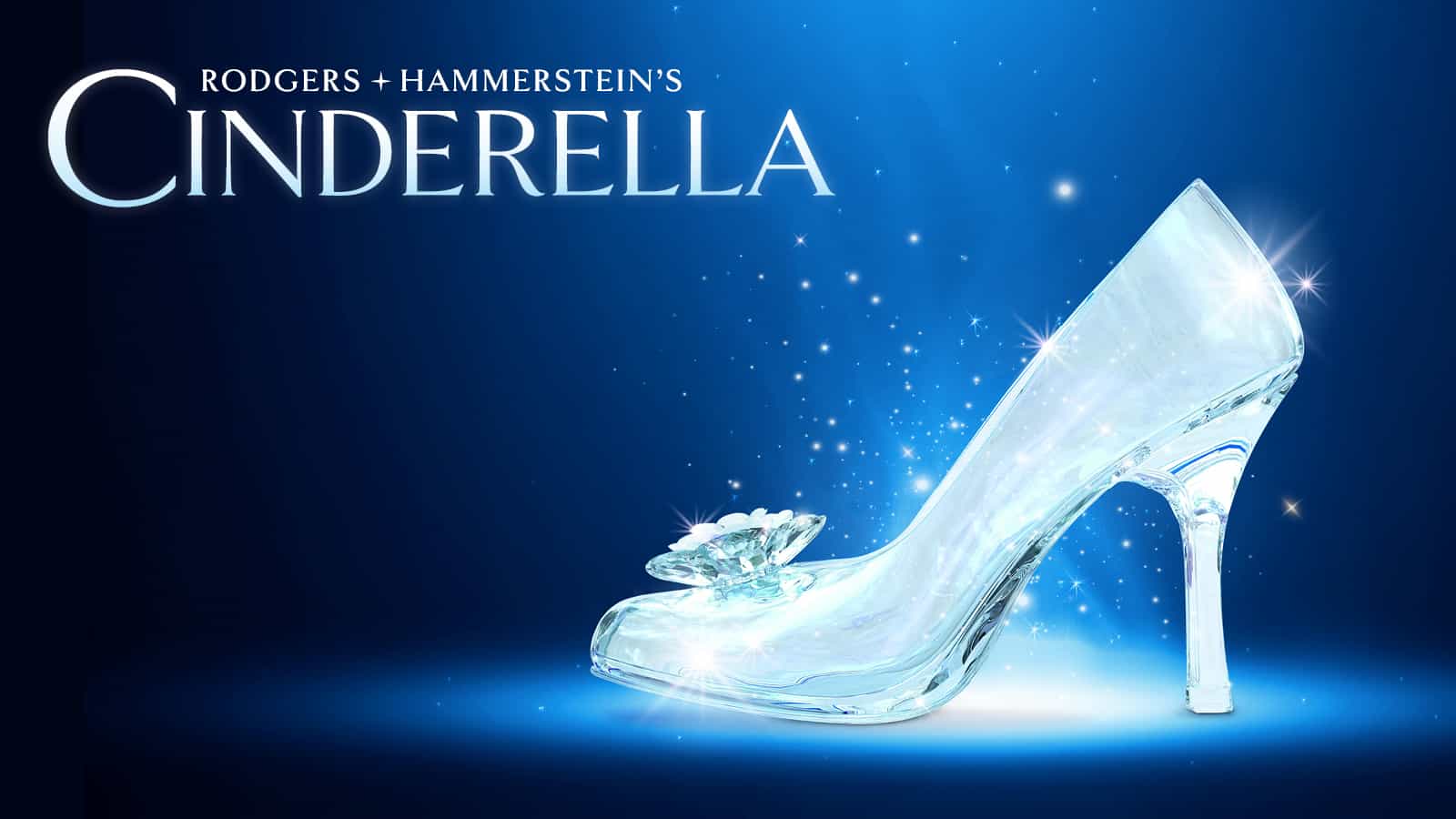 You may think you know the story, but you’ve never seen it like this.

Paramount Theatre presents Cinderella, the beloved musical by the genius minds of Rodgers and Hammerstein, in a mesmerizing new production bringing a reimagined take on the classic children’s story that has enchanted families for generations.

Paramount’s Cinderella promises to come with all of the spectacle and splendor audiences have come to expect. Pumpkins will transform into horse-drawn carriages, right before your eyes. Jaws will drop as tattered rags magically become a beautiful gown. By the end of the show, young and old alike will wish fairy godmothers and glass slippers weren’t just for fairy tales. After all, you’re never too young for a little magic. And never too old to believe.

Completing the experience, Paramount’s Grand Gallery will be fit for a royal ball, with a giant two-story Christmas tree and all the trimmings, making it the ideal backdrop for annual family photos.

Previews of Cinderella start November 10. Press opening is Friday, November 19 at 8 p.m. Cinderella runs through January 9, 2022. Tickets are $36 to $79. Cinderella is suggested for ages 5 and up. For tickets and information, visit paramountaurora.com/events/rh-cinderella/, call (630) 896-6666, or stop by the Paramount box office Monday through Saturday, 10 a.m. to 6 p.m.

Performance schedule: Show times are Wednesdays at 1:30 p.m. and 7 p.m.; Thursdays at 7 p.m.; Fridays at 8 p.m.; Saturdays at 3 p.m. and 8 p.m.; Sundays at 1 p.m. and 5:30 p.m. Exceptions apply — view Paramount Theatre showtimes as well as information on access services, Pay What You Can Performances, and Paramount's COVID-19 Protocol at paramountaurora.com.

Behind the scenes at Paramount's Cinderella

Making her Chicago debut as Paramount Theatre’s Cinderella is Mikayla Renfrow, a new graduate of the University of Cincinnati, College-Conservatory of Music, most recently seen as Alice in Seven Brides for Seven Brothers at The MUNY.

Chicago theater veteran Brenda Didier (director and choreographer) has received 31 Chicago Joseph Jefferson Award nominations, receiving seven Jeff Awards in Direction and seven Jeff Awards in Choreography, most recently for Paramount’s 2019 production of The Producers. She is the recipient of the 2018 Guy Adkins Award for the advancement of Musical Theatre in Chicago, two After Dark Awards, two Choreography Awards from the Society of Theatre Artists and Friends, the National Youth Theatre Award, Broadway World Chicago’s fan favorite 2010, 2011, 2012, 2013 and 2014 Choreography Award, 2016 Director Award and has been listed in the Chicago Sun-Times Top 5 for Musical Theatre Choreography in 2009, 2010, 2014 and 2017. Didier is also artistic director and owner of the Lincolnshire Academy of Dance.

Based on the French fairy tale by Charles Perrault, Paramount’s Cinderella is actually the third version of the original Rodgers and Hammerstein musical, which premiered on TV in 1957. Adapted from Oscar Hammerstein II’s book, the script was modernized to appeal to contemporary audiences by updating its themes, particularly re-writing its main character into a stronger heroine. Today, it’s commonly referred to as the "Enchanted version" of Cinderella, a salute to the still popular 1997 TV musical with Brandy becoming the first Black actress to portray Cinderella on screen.

Credits for Paramount’s Cinderella are: Music by Richard Rodgers. Book and Lyrics by Oscar Hammerstein II. Adapted for the stage by Tom Briggs from the teleplay by Robert L. Freedman. Original Orchestrations by Robert Russell Bennett. Adapted by Tom Helm. Orchestration reductions by Macy Schmidt.

Groundhog Day, based on the classic Bill Murray film comedy, will be the second Midwest regional premiere produced by Paramount Theatre in the span of one year. Imagine being stuck in a time loop, waking up and realizing you’re living the same day over and over and over and over again. Set your alarm to make sure you see this uproariously funny, surprisingly touching and simply inspirational musical comedy, nominated for seven Tony Awards. Paramount Theatre Artistic Director Jim Corti will direct. Previews start January 26, 2022. Opening Night is Friday, February 4, at 8 p.m. Performances run through March 13.

Are you ready to rock? Rock of Ages will take audiences back into the iconic music era of the ‘80s, where rock ‘n’ roll dreamers turn their fantasies into reality. Nominated for five Tony Awards, including Best Musical, Rock of Ages is a Hollywood love story told through the mind-blowing hits of top ‘80s rock bands like Journey, Bon Jovi, Styx, Poison and more. Paramount Theatre Artistic Producer and New Works Director Amber Mak will direct. Previews start April 13. Press opening is Friday, April 22, at 8 p.m. Performances run through May 29, 2022.

Join the growing ranks of more than Broadway Series subscribers at downtown Aurora’s Paramount Theatre. New three-play subscriptions including Cinderella, Groundhog Day and Rock of Ages are on sale now, ranging from $54 to $118.50 (without fees).To subscribe or purchase single tickets, visit ParamountAurora.com, call (630) 896-6666, or stop by the Paramount Theatre, 23 E. Galena Blvd. in downtown Aurora.

Enjoy a holiday getaway in the Aurora Area 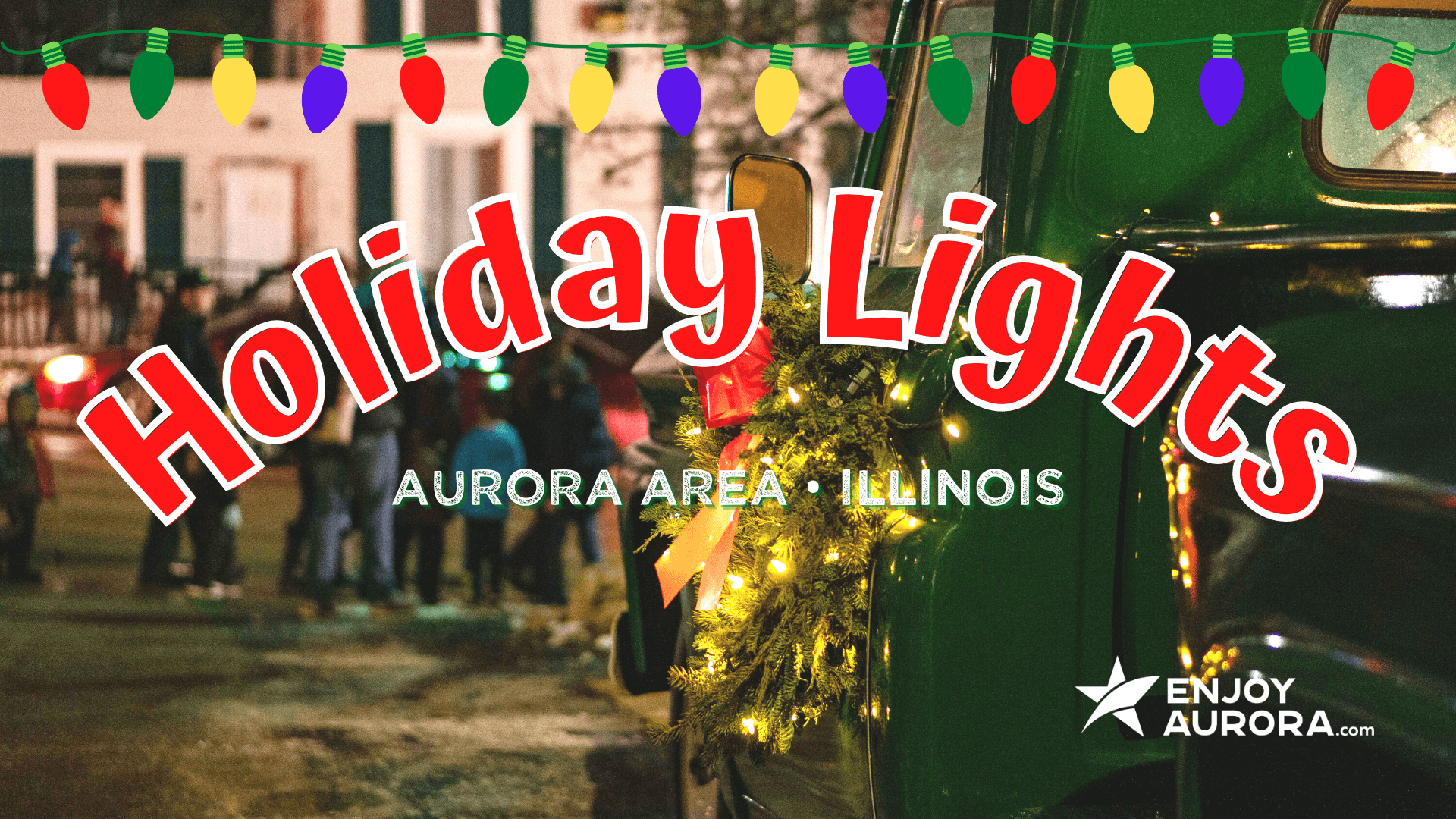 Holiday lights make spirits bright, and the Aurora Area is home to the largest collection of drive-through holiday light displays in northern Illinois. Pair your visit with shopping, dining, attractions, and events in the Aurora Area. Find affordable, brand-name lodging options at our hotel listings and get a copy of the official visitors publication of the region, the Aurora Area Go Guide, available both in print and online.