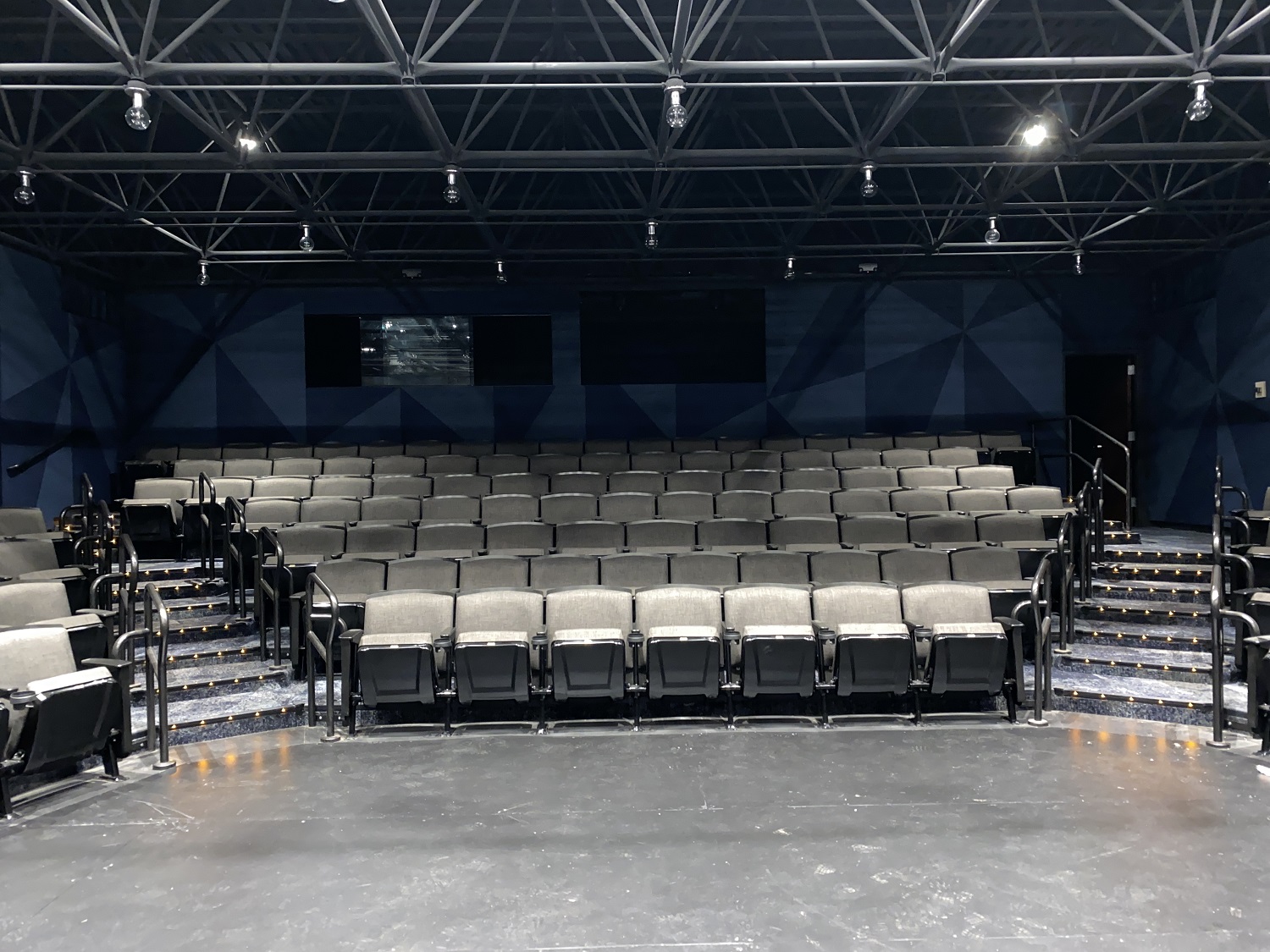 Paramount Theatre will cut the ribbon on another live theater venue in Aurora’s downtown entertainment district, the newly remodeled Copley Theatre, where it will launch its all-new Bold Series, a four-show subscription series ready to bring a new type of live entertainment to the second largest city in Illinois.

“After nearly two years since we were originally supposed to launch our Bold Series, the time has finally come to lift the curtain on an exhilarating and new storytelling experience,” said Tim Rater, President and CEO, Paramount Theatre. “Housed in the beautifully renovated Copley Theatre, audiences will discover stories that challenge, enlighten, engage and entertain. I could not be more excited to share these stories with our patrons and hope that when the lights come up, the conversations will last long after the ride home.”

The Copley Theatre is located right across the street from Paramount in the North Island Center, 8 E. Galena Blvd. Now, with a two-year, $2 million, top-to-bottom renovation nearly complete, the Copley Theatre is no longer an unknown, underutilized space for occasional shows and meetings. Rather, it’s an intimate, state-of-the-art theater with 165 comfortable new seats and a sleek new lobby bar, ready to attract new audiences, to Aurora’s burgeoning central business district.

Following a soft launch this holiday season with Paramount’s annual presentation of The Second City Holiday Revue, the Copley will be fully reactivated and ready to welcome audiences next March for Paramount’s inaugural, four-show Bold Series: Sweat, Lynn Nottage’s Pulitzer Prize-winning contemporary drama about life in an impoverished American Rust Belt town (March 9-April 24, 2022), Hand to God, a darkly humorous shocker told Sesame Street meets Exorcist style, puppets included (May 25-July 10, 2022), Fun Home, the Tony Award-winning musical like none other (August 3-September 18, 2022), and BULL: a love story, a world premiere drama about a Mexican-American man who returns to Chicago to find a family who has moved on and a neighborhood he no longer recognizes (October 5-November 20, 2022).

“The definition of ‘Bold’ is the ability to take risks with courage and confidence,” said Amber Mak, Artistic Producer and New Works Development Director, Paramount Theatre. “I am thrilled Paramount is offering this Bold Series to compliment our Broadway subscription, as we have a whole new opportunity to thrill and inspire audiences through courageous and intimate storytelling in a beautifully renovated space that will bring the emotion, heart and talent within an audience's grasp. This series will create a shared experience amongst the audience that we hope will leave them inspired and ignite incredible conversation to carry them out our doors and into the world.”

To sum up the anticipation, Paramount Artistic Director Jim Corti said, "Up close and personal, the Bold Series calls audiences together urgently and right on time. Family, race, class, and identities differentiate while it's our being human that unites us. By turns comic and cautionary, rendered by prize-winning, contemporary playwrights, passionate voices let loose in the dynamically renewed space of Paramount's Copley Theatre. Come discover what we've found for you in these four inaugural season productions!" 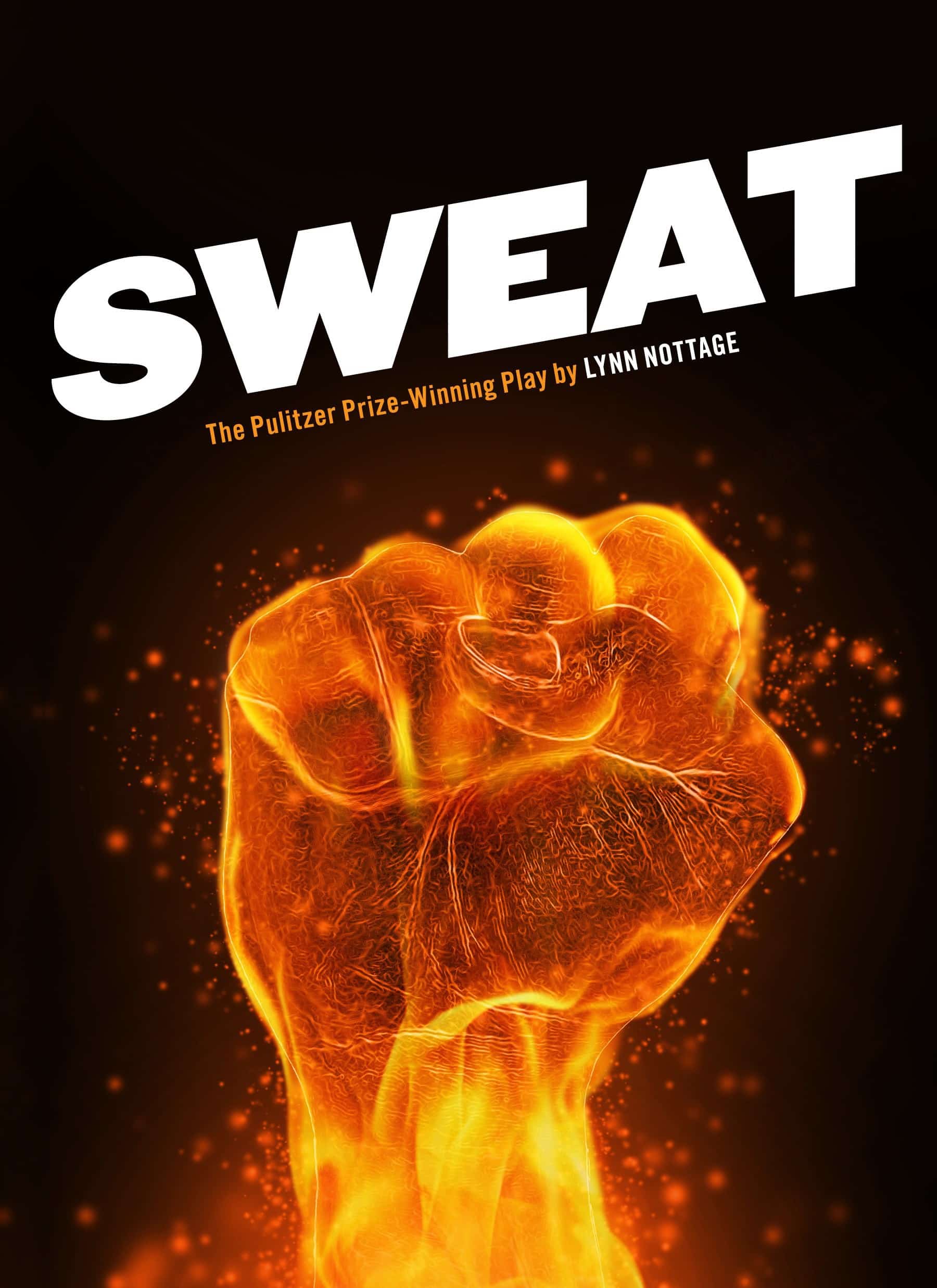 Factory worker friends in an impoverished American town, laugh, talk, and drink their cares away, despite the constant threat of company shutdowns. When promotions and layoffs are rumored, tensions and jealousy begin to rip apart their community. An intense examination of race, class and the human costs of capitalism, Sweat captures the ever-present battle between human needs and business against a pivotal time in this American Rust Belt town. Can friendships and family endure when all hopes of economic stability and mobility disappear? Winner of the Pulitzer Prize for Drama and nominated for a Tony Award for Best Play, Sweat is a landmark achievement of American theater. Suggested rating 16+. 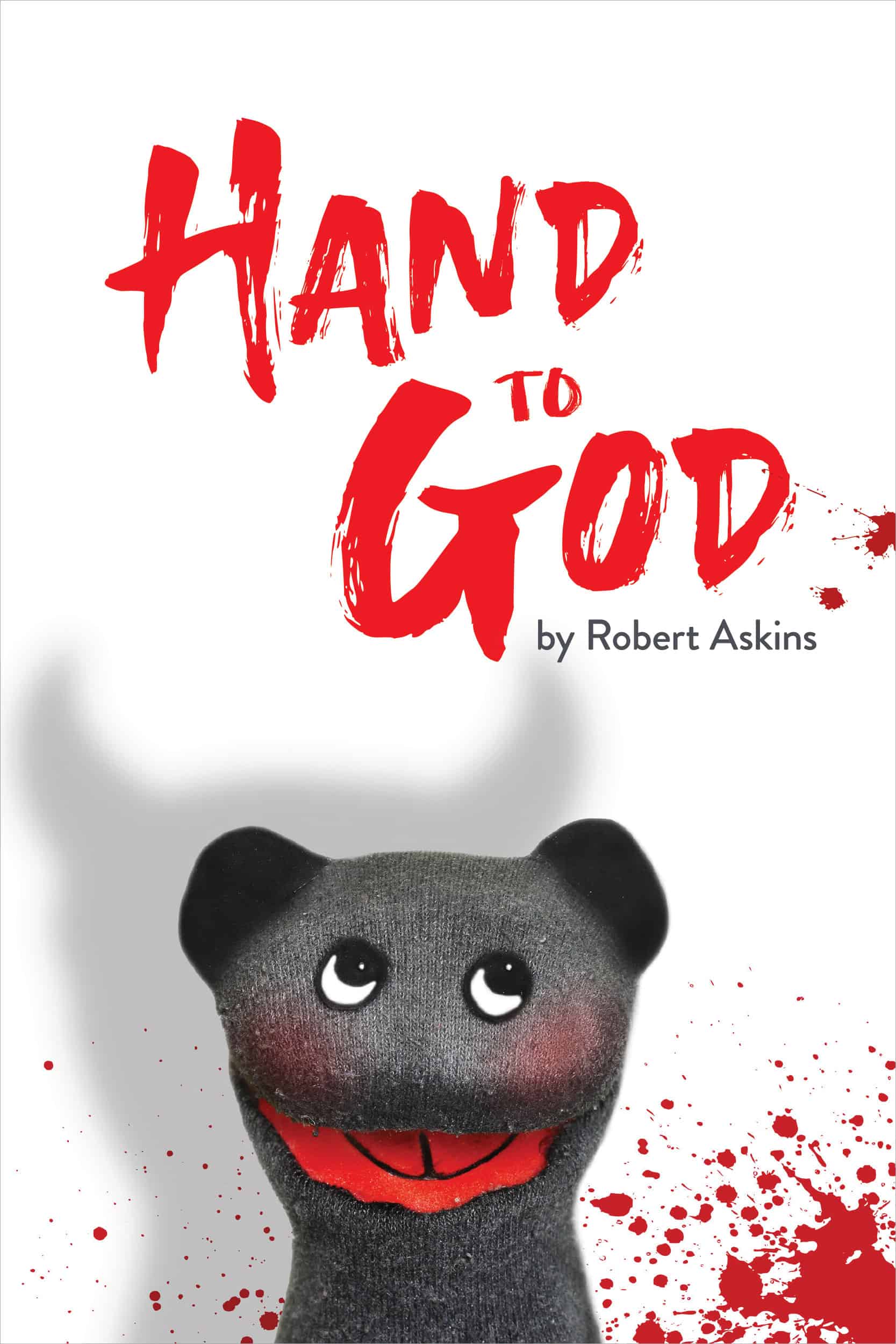 Everybody loves puppets! Even puppets that may or may not be possessed by Satan, right? A small church ministry therapy group in Texas is the unlikely setting for this darkly humorous horror shocker that perfectly blends Sesame Street and The Exorcist. Hand to God creates a hilarious but insightful, thrilling yet striking, poignant exploration of the deeply human journey of loss and the demons (both mythical and subliminal) that accompany the voyage. Guaranteed to leave your sides sore from laughter and your face soaked in tears, Hand to God is a perfect night out for anyone up for the ride. If God works in mysterious ways, wait until you see what Satan has up his, or at the end of your, sleeve. Suggested rating 18+. 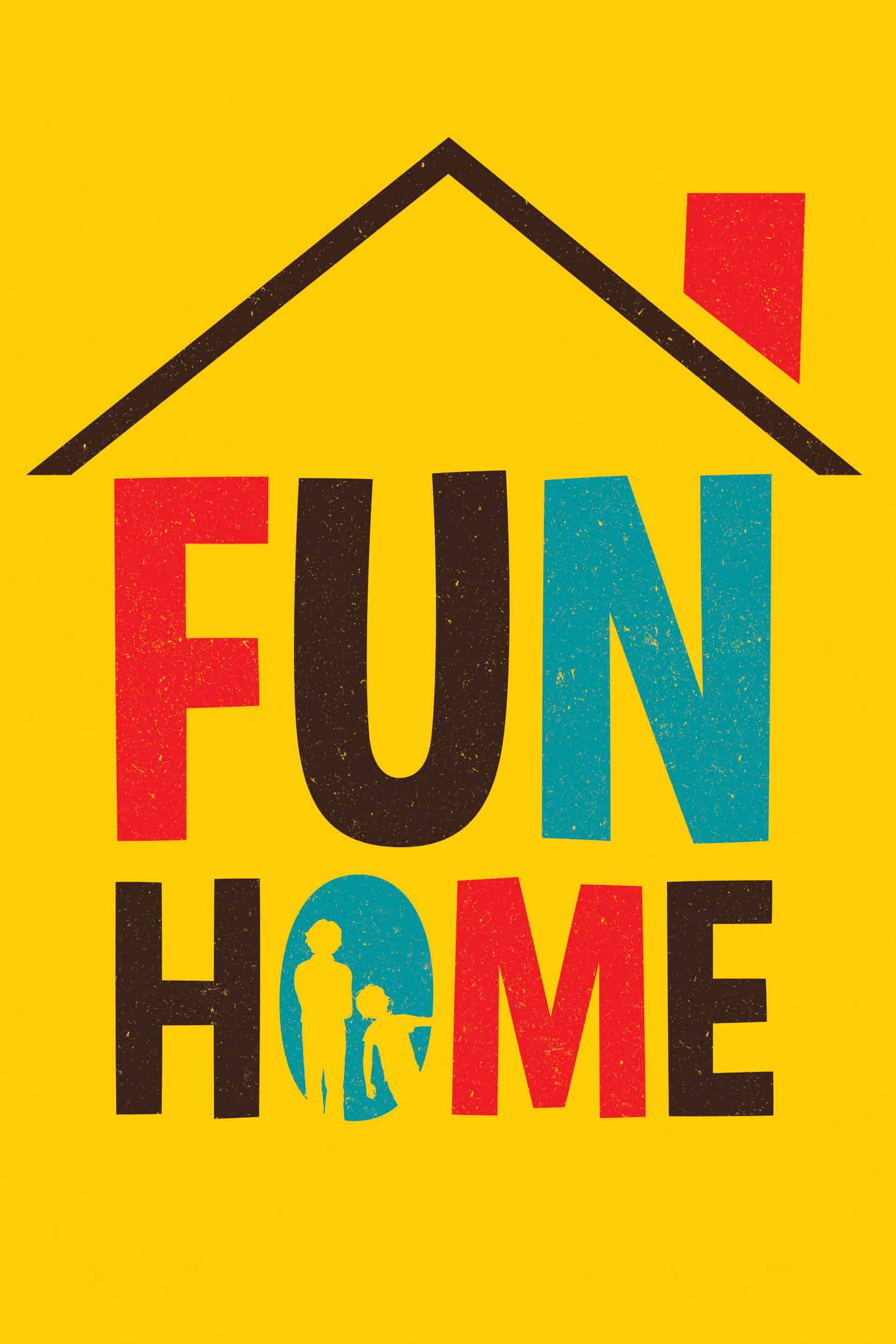 Based on the graphic novel by Alison Bechdel

Welcome to a funeral home unlike any other you’ve seen. Memories linger in the air like snowflakes, and the truth is always opaque. Where finding yourself means looking to the past and seeing yourself reflected in your father, who is exactly the same and still so different than you. It’s a place filled with humor, secrets, anger, unexpected joy, self-revelation and the most confounding thing of all: family. Welcome to Fun Home — a musical like no other. Suggested rating 13+. 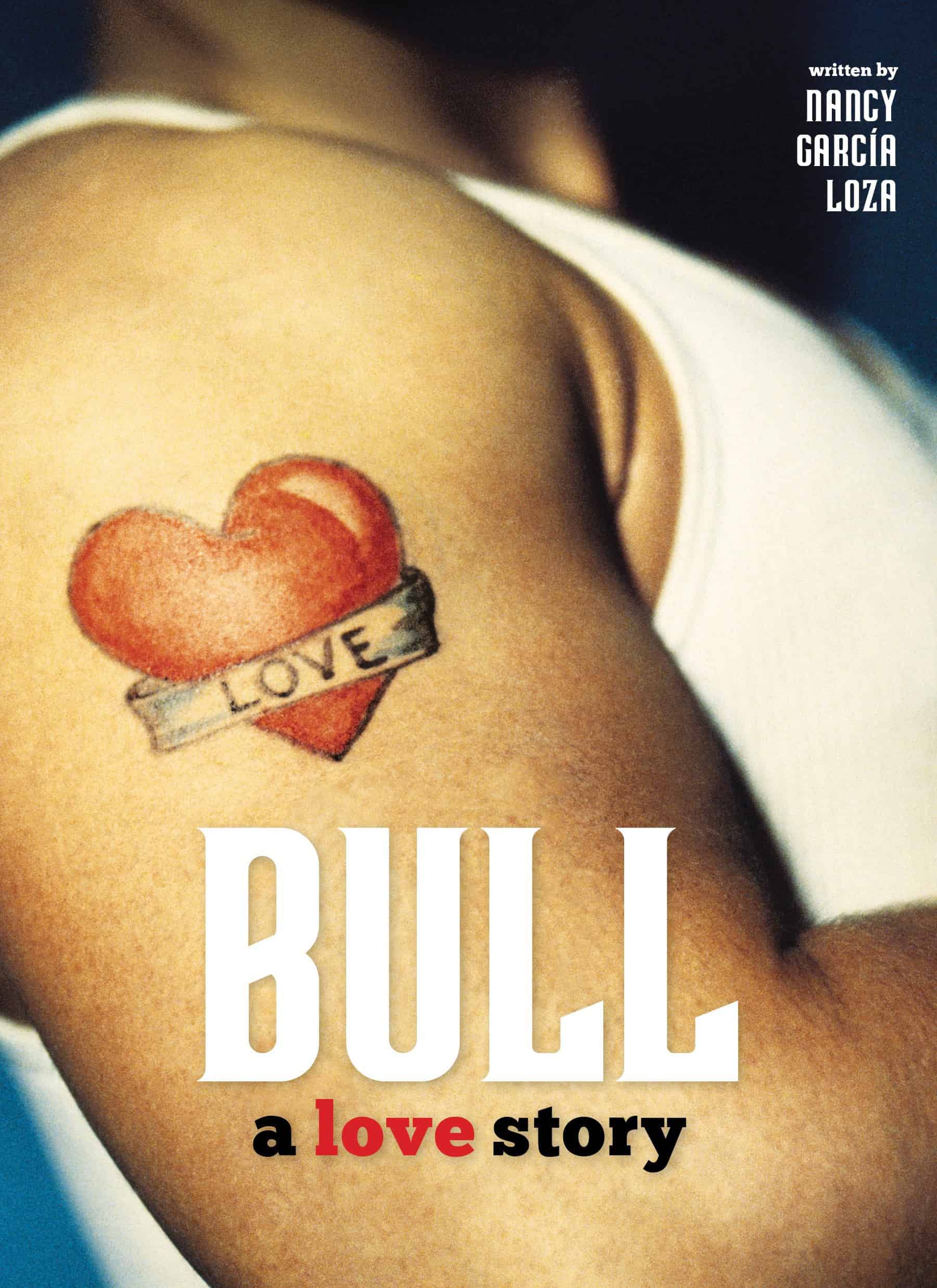 Bull dealt drugs, got caught, and served his time. For a decade, he’s thought about one thing: coming home. On the day Bull is released from prison, he returns to his old Chicago neighborhood, Lakeview, now unrecognizable. Hopeful and eager, he is ready to resume life with his family, only to discover how much has moved on without him. His dream now within grasp, what will it take to get home? Find out in BULL: a love story, a world premiere drama, originally presented as a virtual staged reading via Paramount’s new play development program, The Inception Project, in January, 2021. Suggested rating 13+.

Learn more about the Paramount Theatre 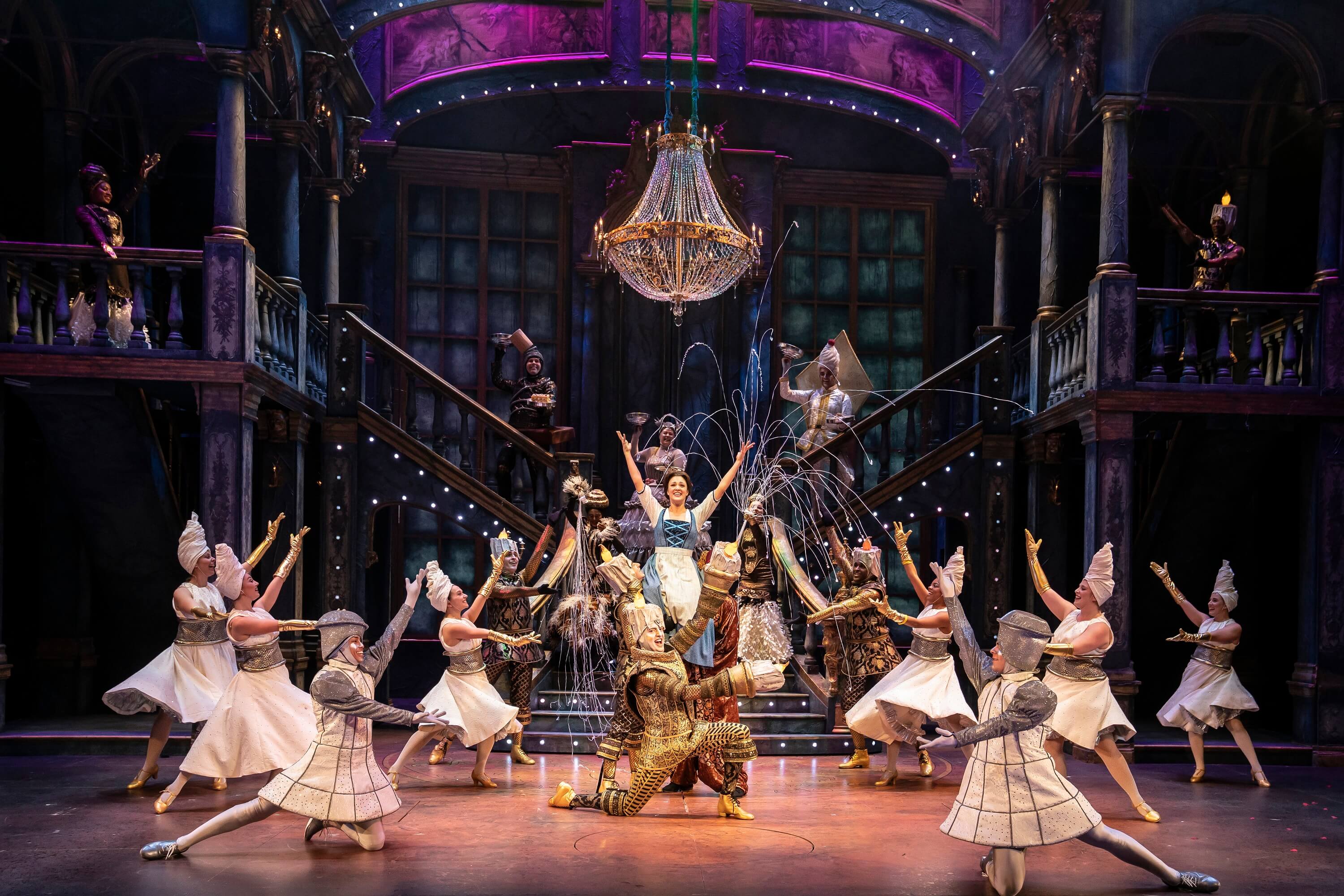 After launching its own Broadway Series in 2011, Paramount Theatre grew to be the second largest subscription house in the U.S. Before Covid, more than 41,000 subscribers from all over Chicagoland and the Midwest were enjoying Paramount’s critically acclaimed, 2019-20 Broadway-caliber productions. In addition, Paramount also presents an array of internationally known comedians, music stars, dance events and family shows annually.

Paramount Theatre continues to expand its artistic and institutional boundaries under the guidance of Tim Rater, President and CEO, Aurora Civic Center Authority; Jim Corti, Artistic Director, Paramount Theatre; a dedicated Board of Trustees and a devoted staff of live theater and music professionals.