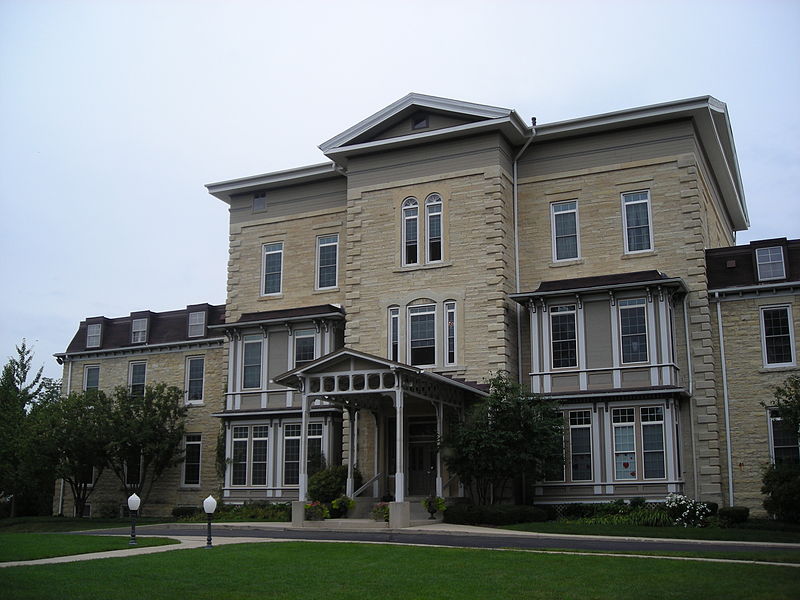 Batavia Institute, a private academy, was chartered on Feb. 12, 1853 by 13 men, including Rev. Stephen Peet, Elijah Shumway Town, Joel McKee, John Van Nortwick, Dennison K. Town, who settled in Batavia in 1839 as its first physician, and Isaac G. Wilson. The building’s central part, which still stands at 333 South Jefferson Street, was constructed in 1853-1854 of locally quarried limestone at a cost of $20,000. The architect Elijah Shumway Town designed the building in a Greek Revival style. Since not many towns had high schools, students came to the Batavia Institute from all over Illinois. The State of Illinois later passed an act to establish it as a normal school on Feb. 18, 1857, the second west of the Appalachian Mountains. From 1867 to 1965 the Batavia Institute was a private rest home and sanitarium for women, called Bellevue Place. Mary Todd Lincoln, widow of US President Abraham Lincoln, was the most notable patient and stayed there for several months in the summer of 1875. In the 1960’s the building was converted to a residential facility for unwed mothers called the Fox Hill Home which operated into the 1970s. In the middle of the 1980s the building was once again named Bellevue Place and converted into apartments. Listed in the National Register of Historic Places. Photo by G LeTourneau.